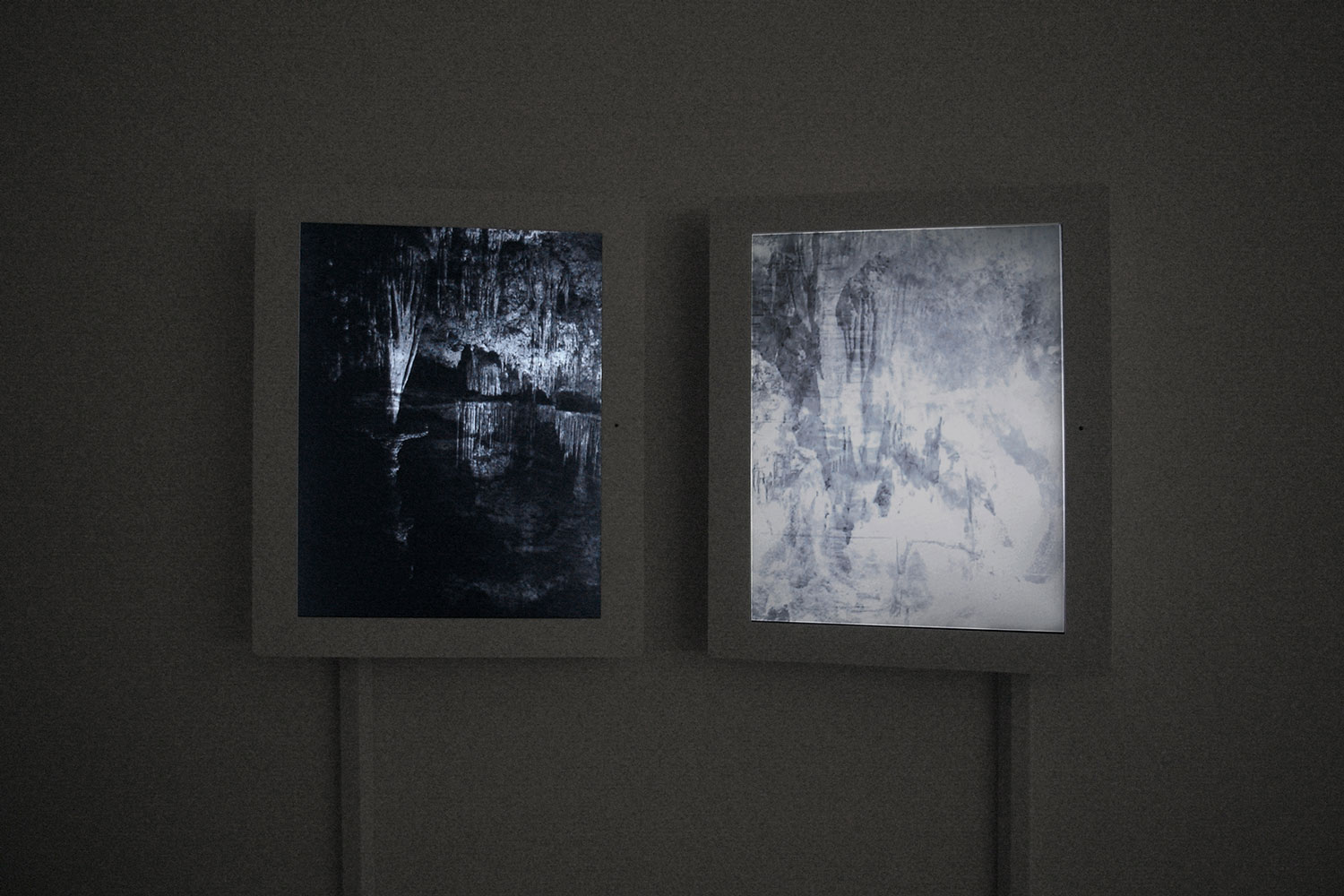 Inspired by Leonardo da Vinci’s recommendation to see and create pictures in stains and clouds, the two films is made using found photographs underground caves which are then layered and merged into each other so slowly and imperceptibly one can hardly see the changes.

Each crevice, nook and overhang becomes a starting point from which one may discover an infinite number of things, that can then be reduced through decision making to separate and discernible forms. Nooks that on the original photograph pushed back into the walls of the cave, turn into rocks, overhangs or protrusions. The original images become transformed into entirely new three-dimensional spaces through the process - an entire fantastical world formed through the flight of one’s imaginatio

X In Xanadu Did Kubla Khan