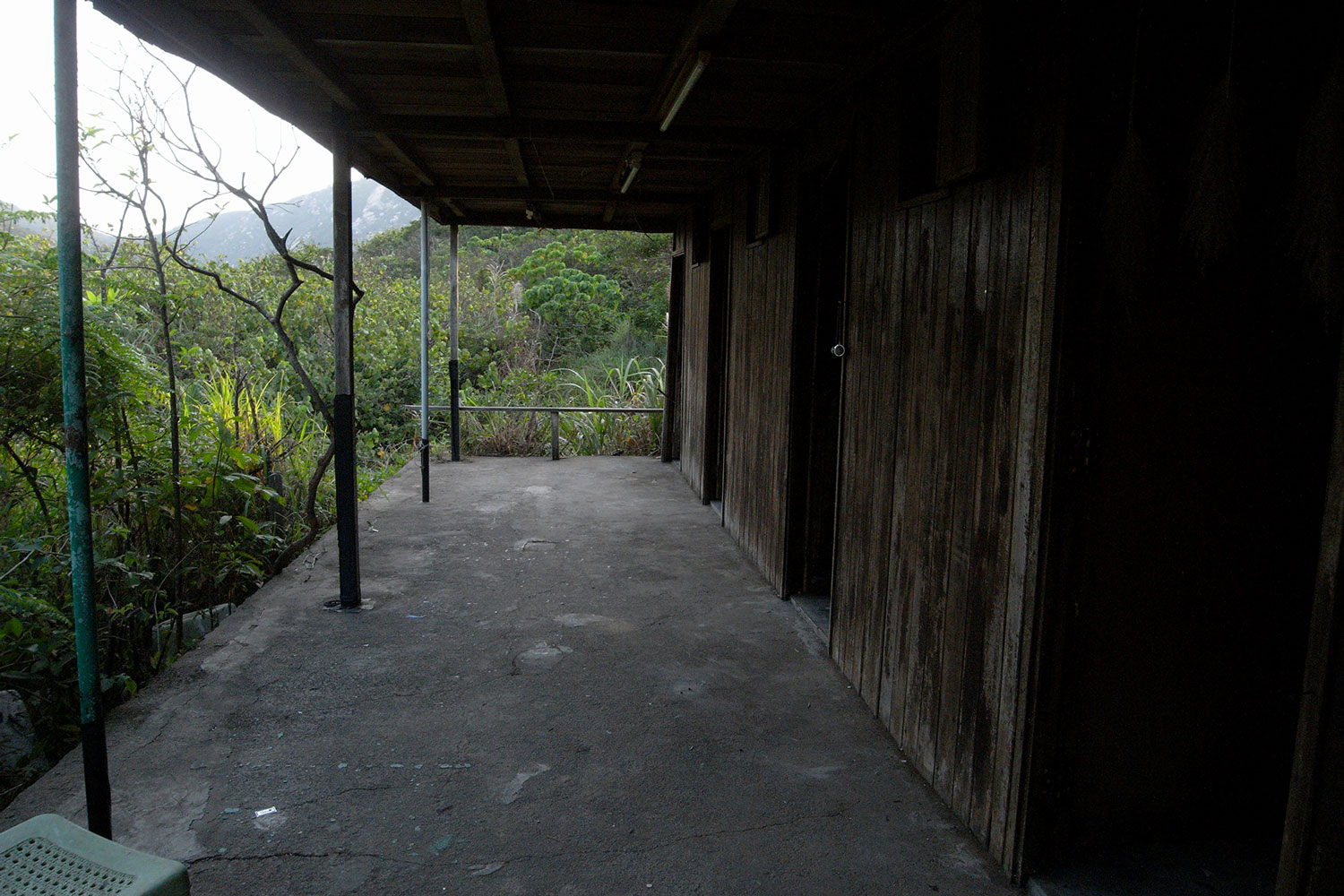 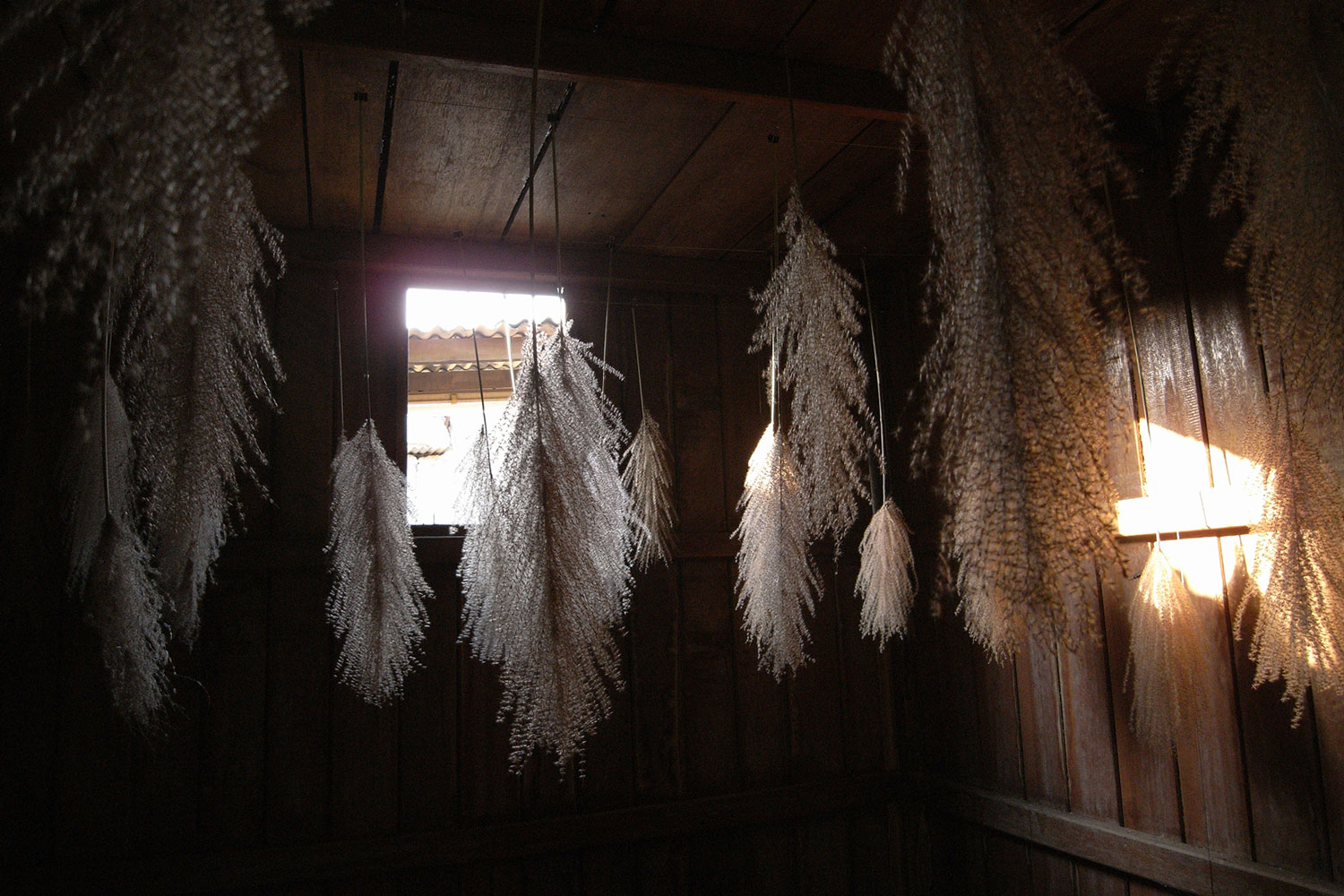 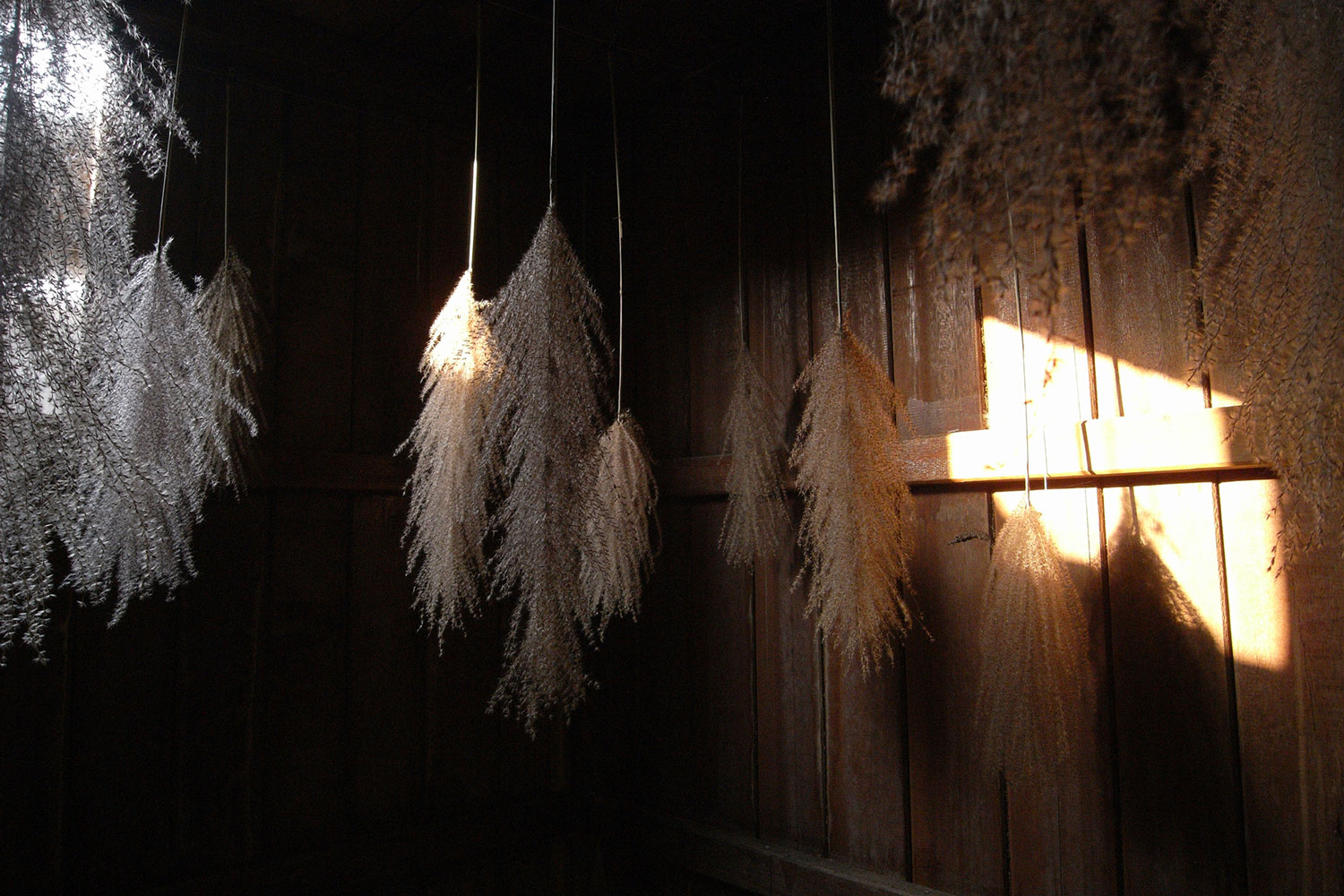 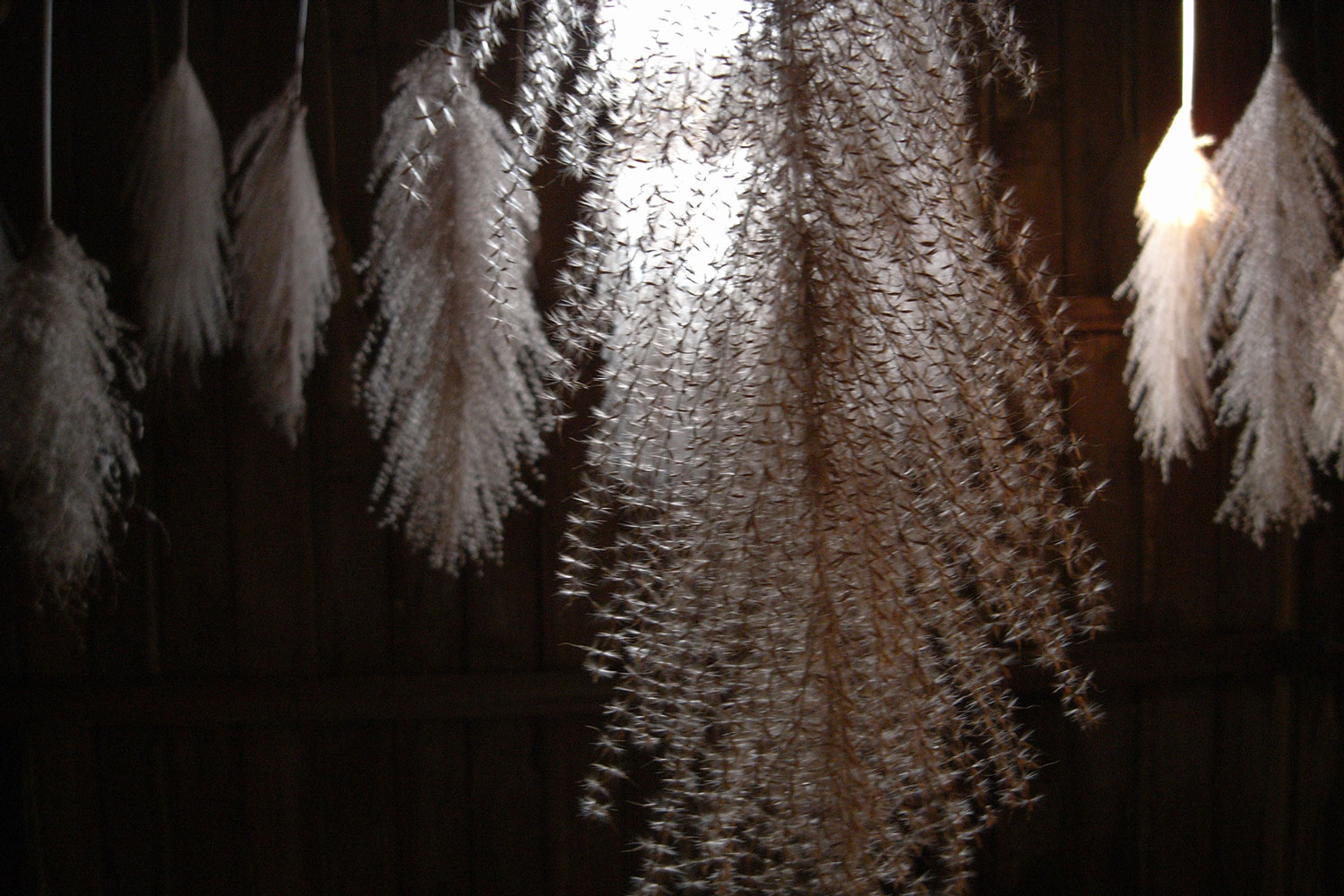 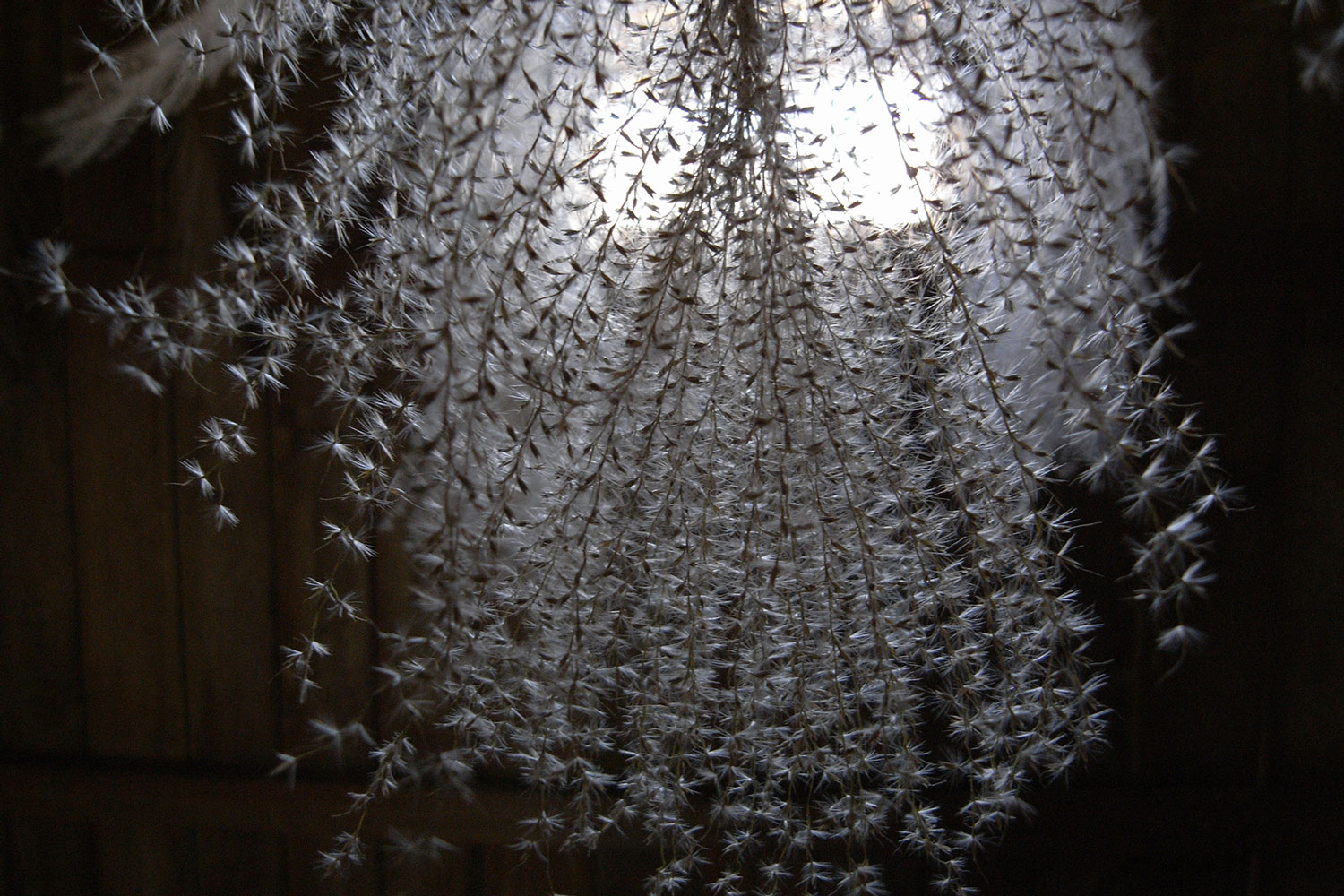 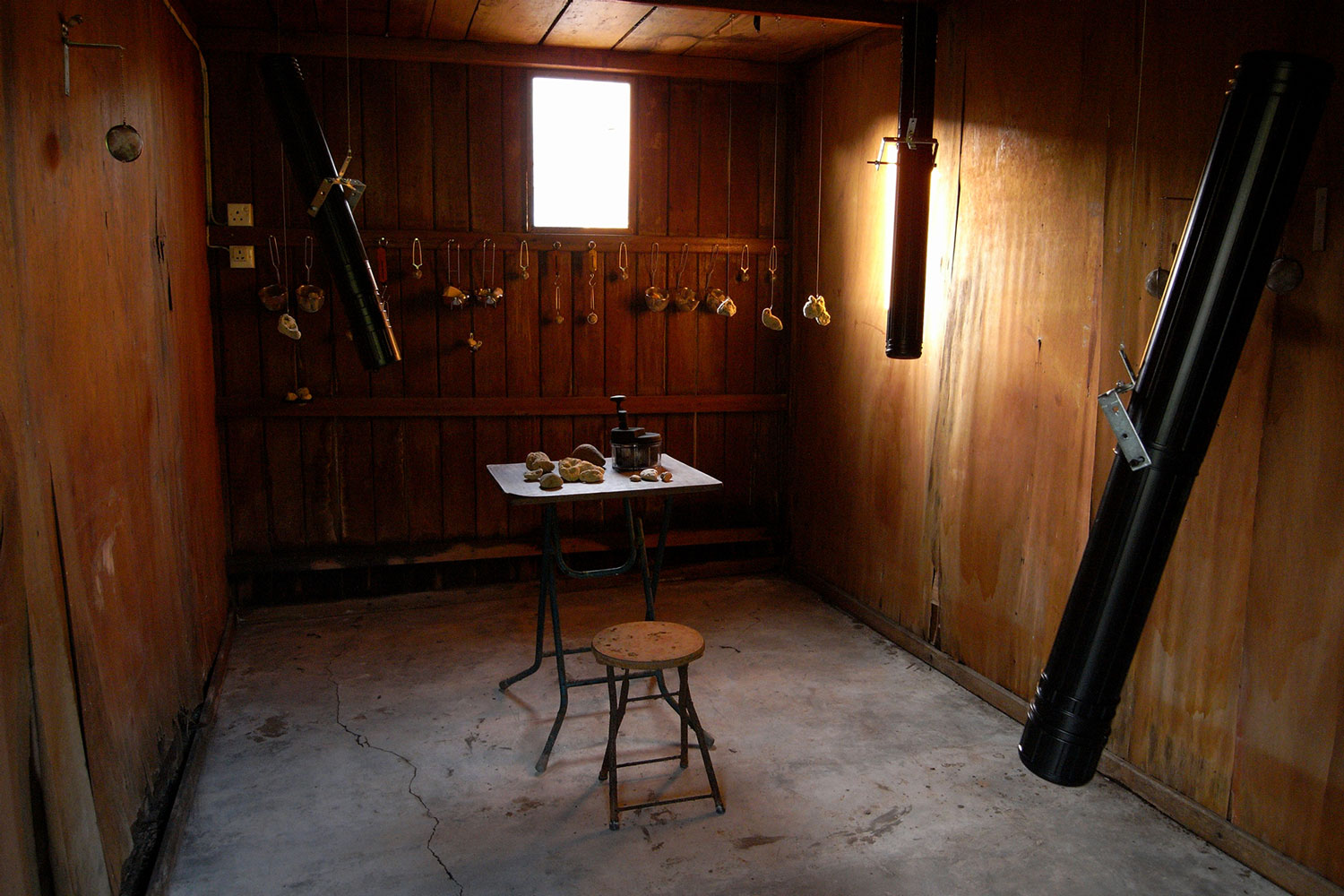 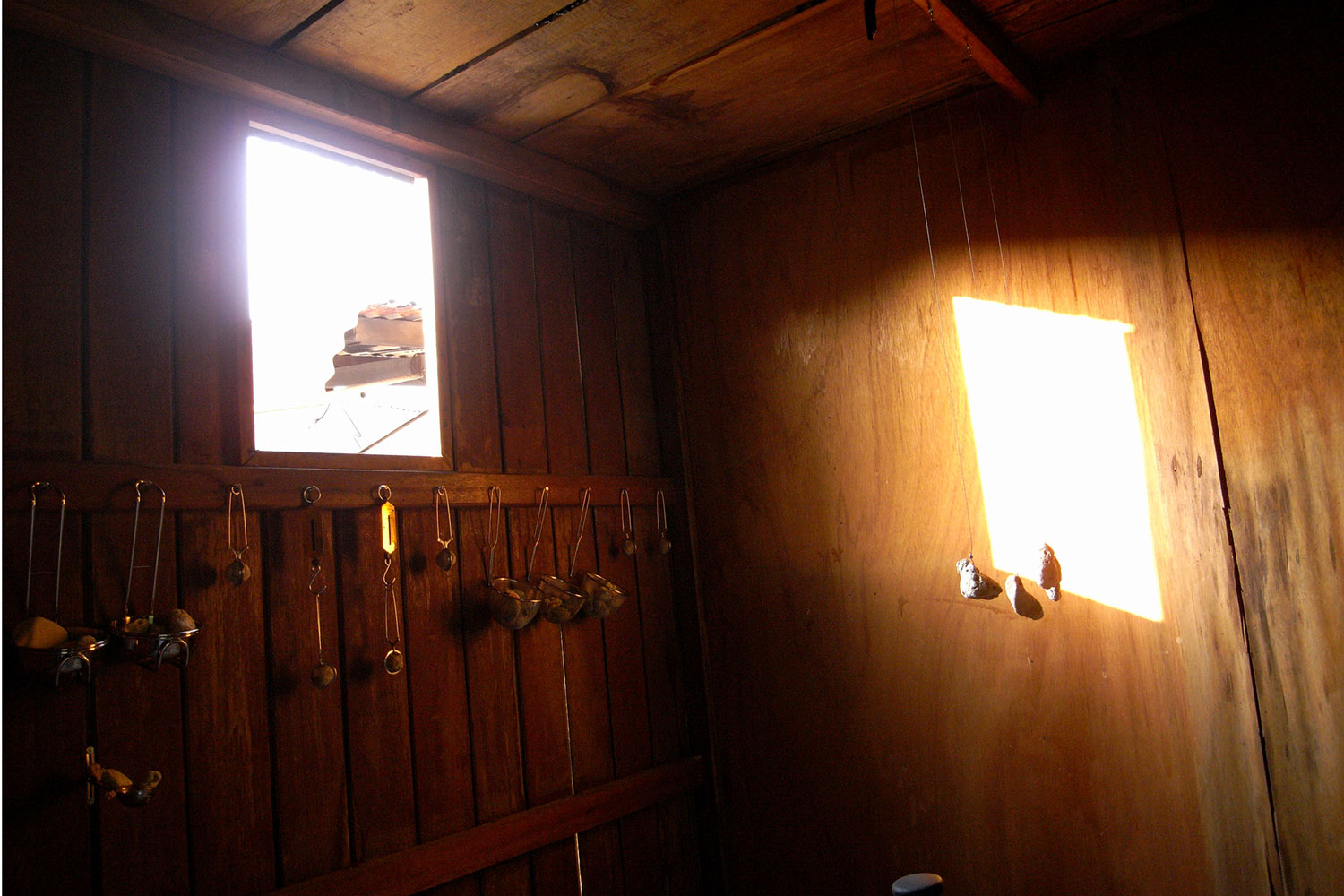 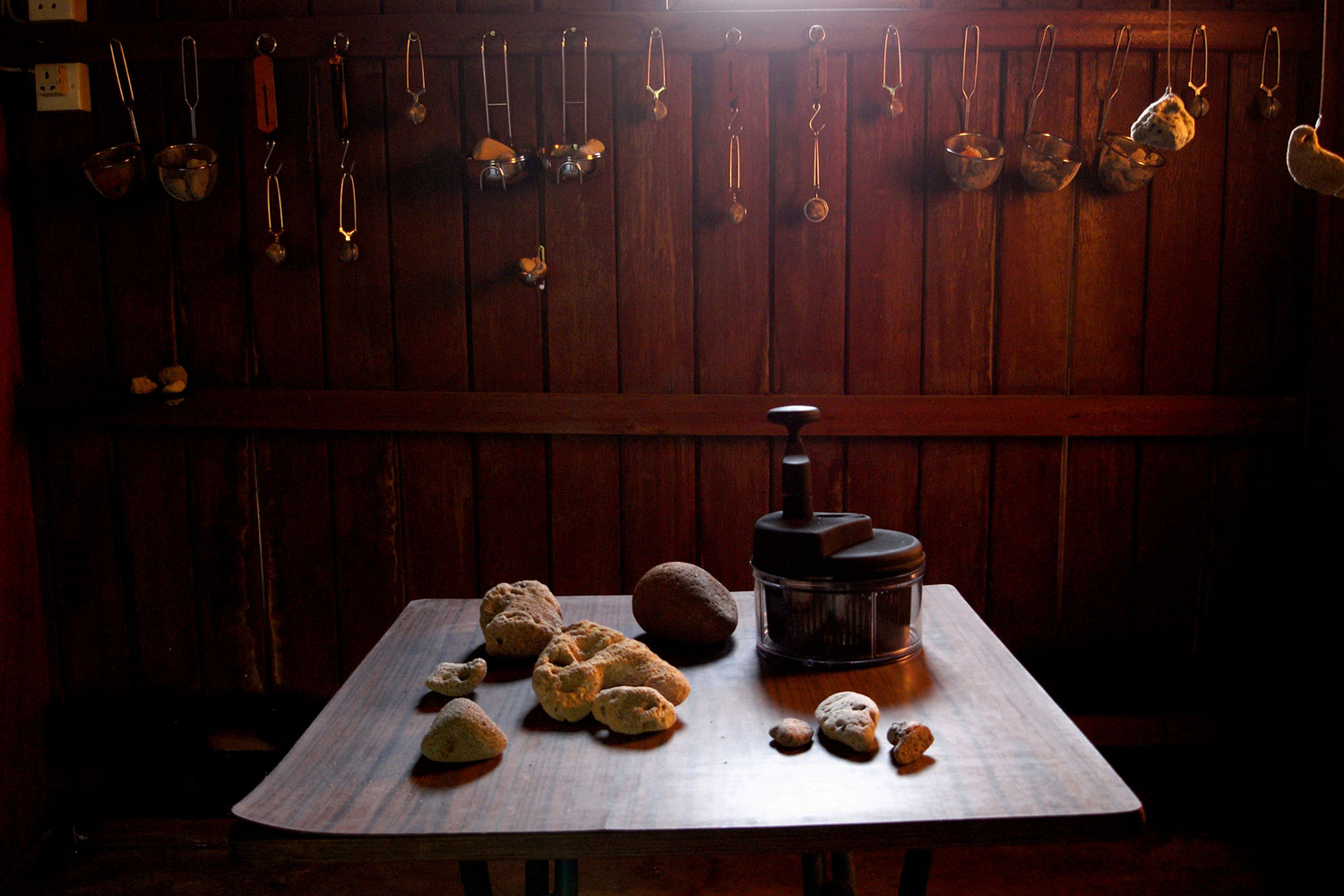 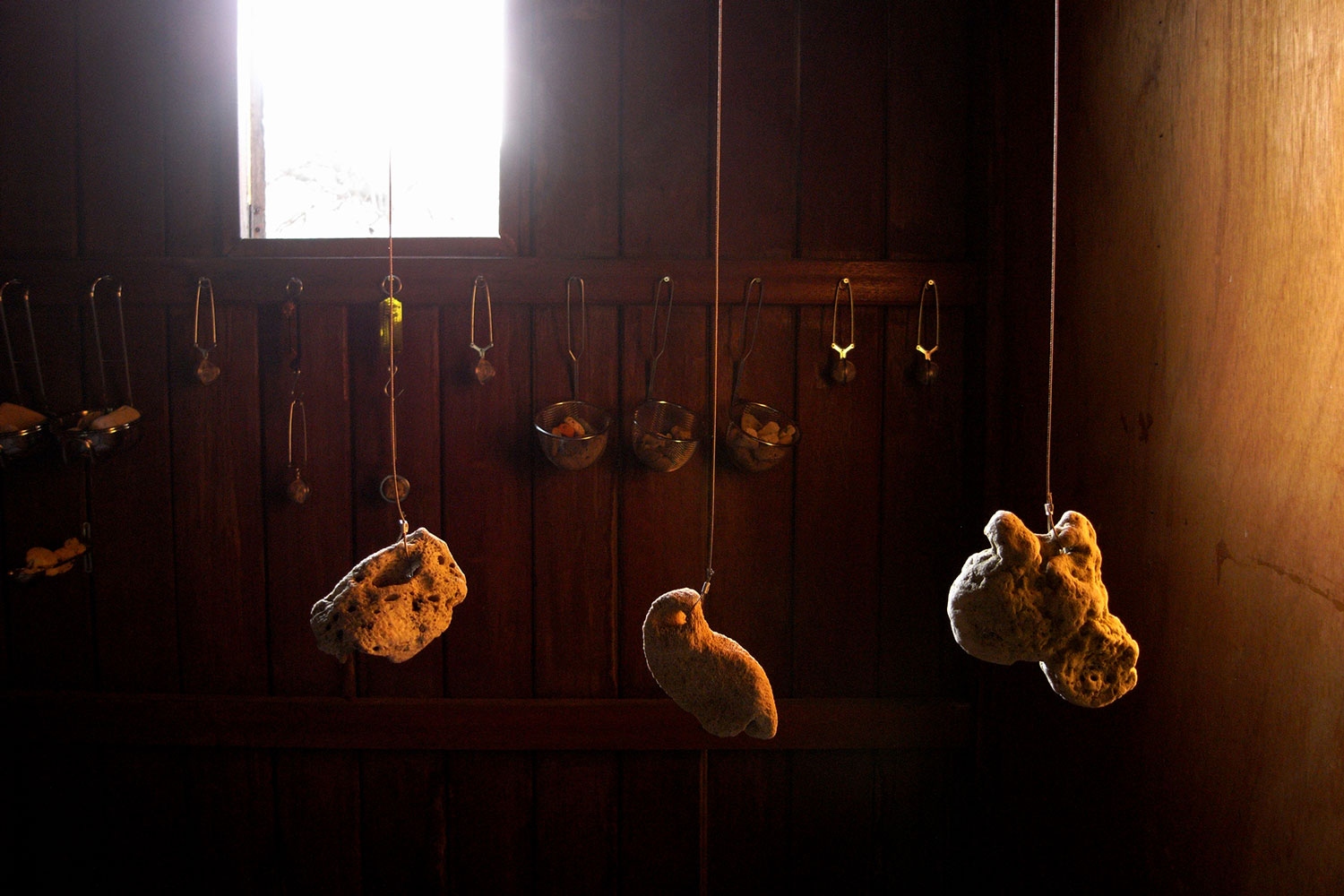 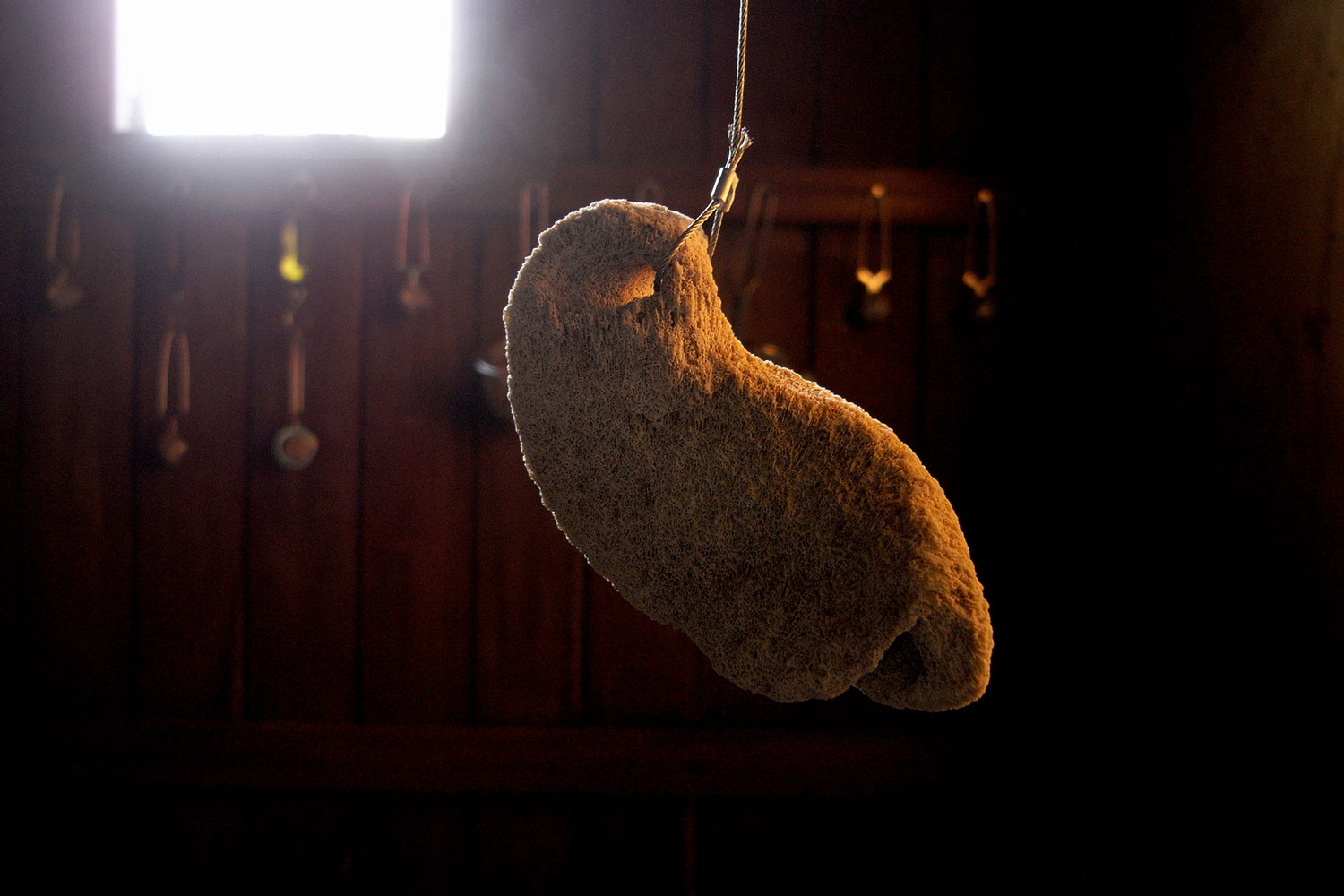 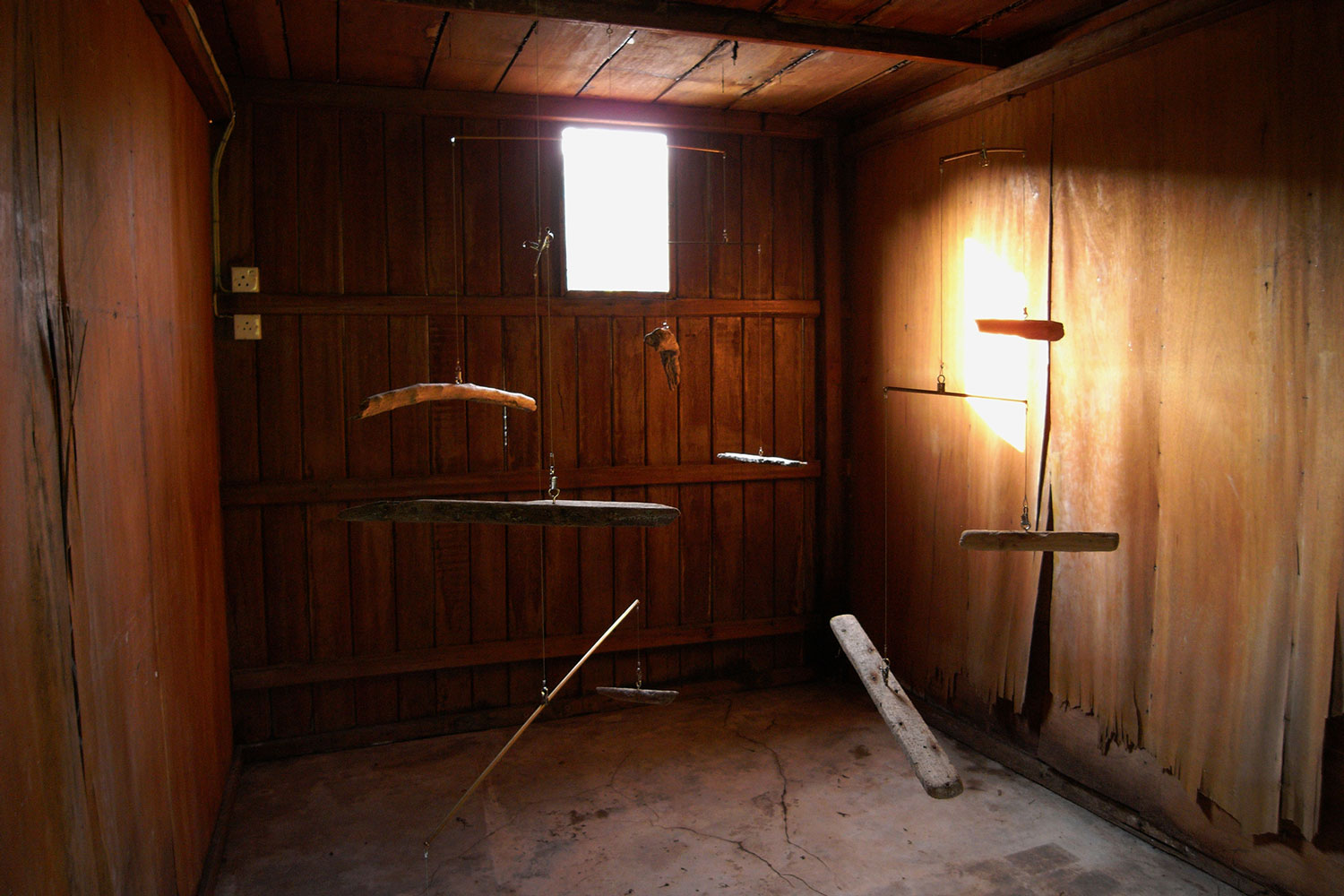 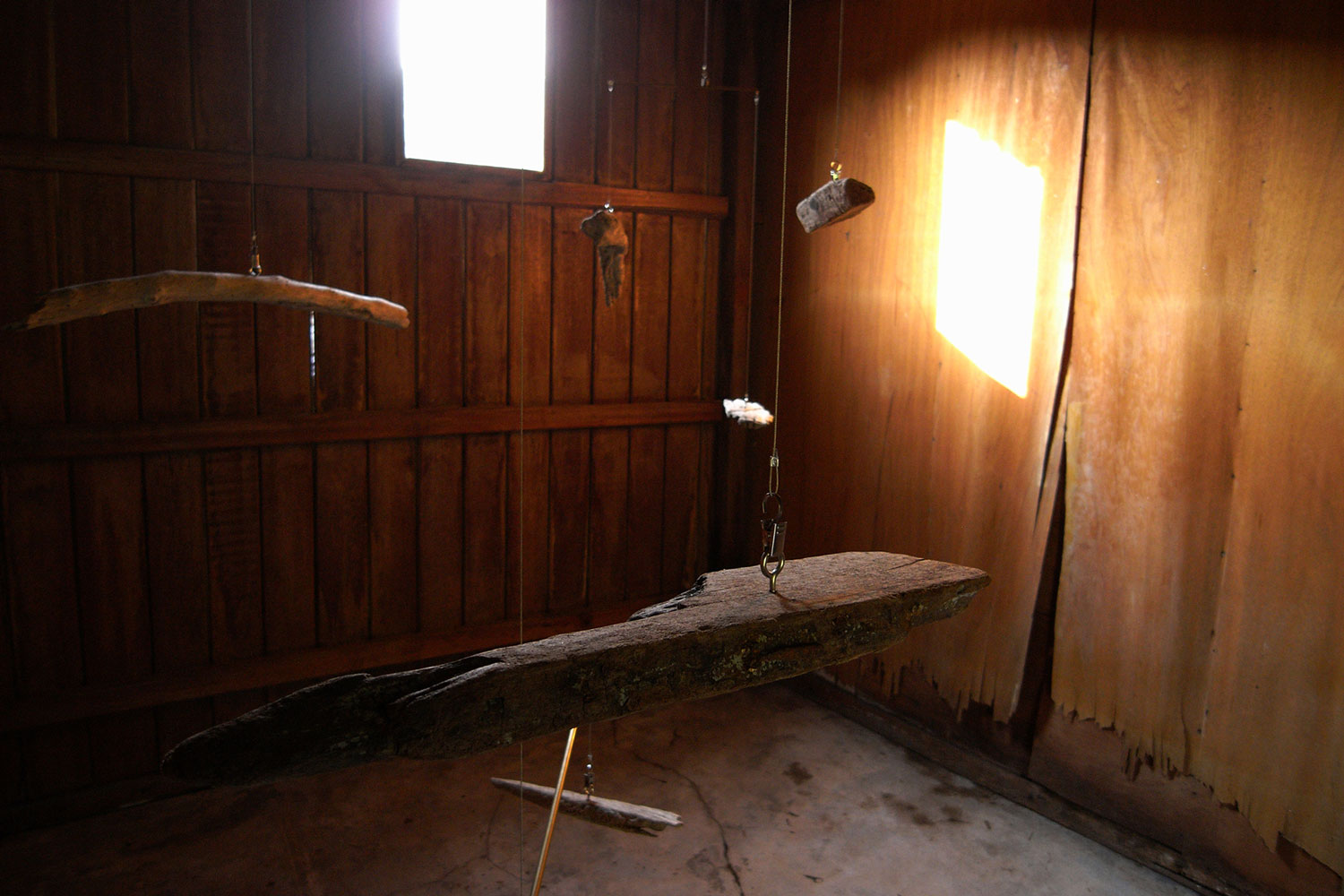 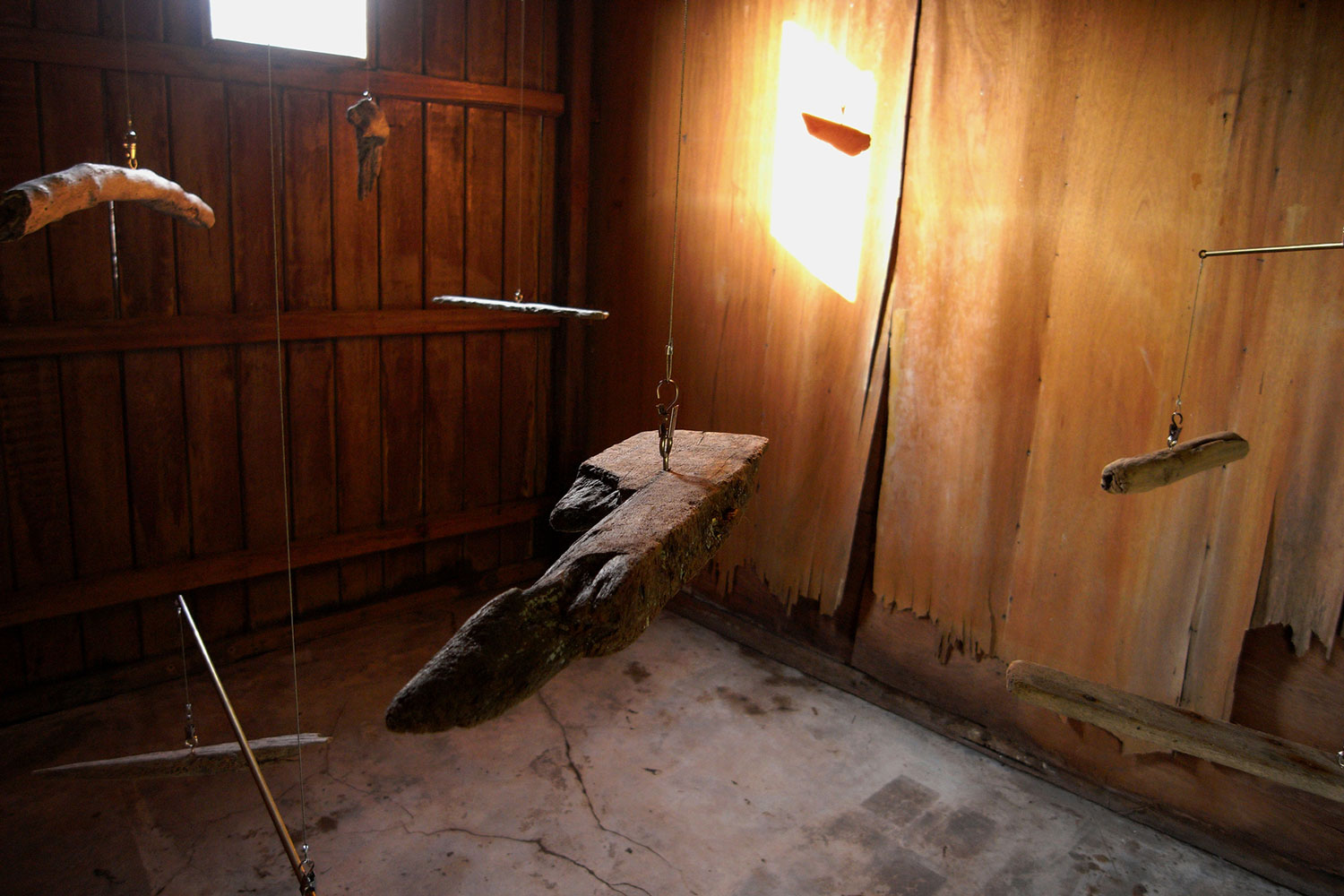 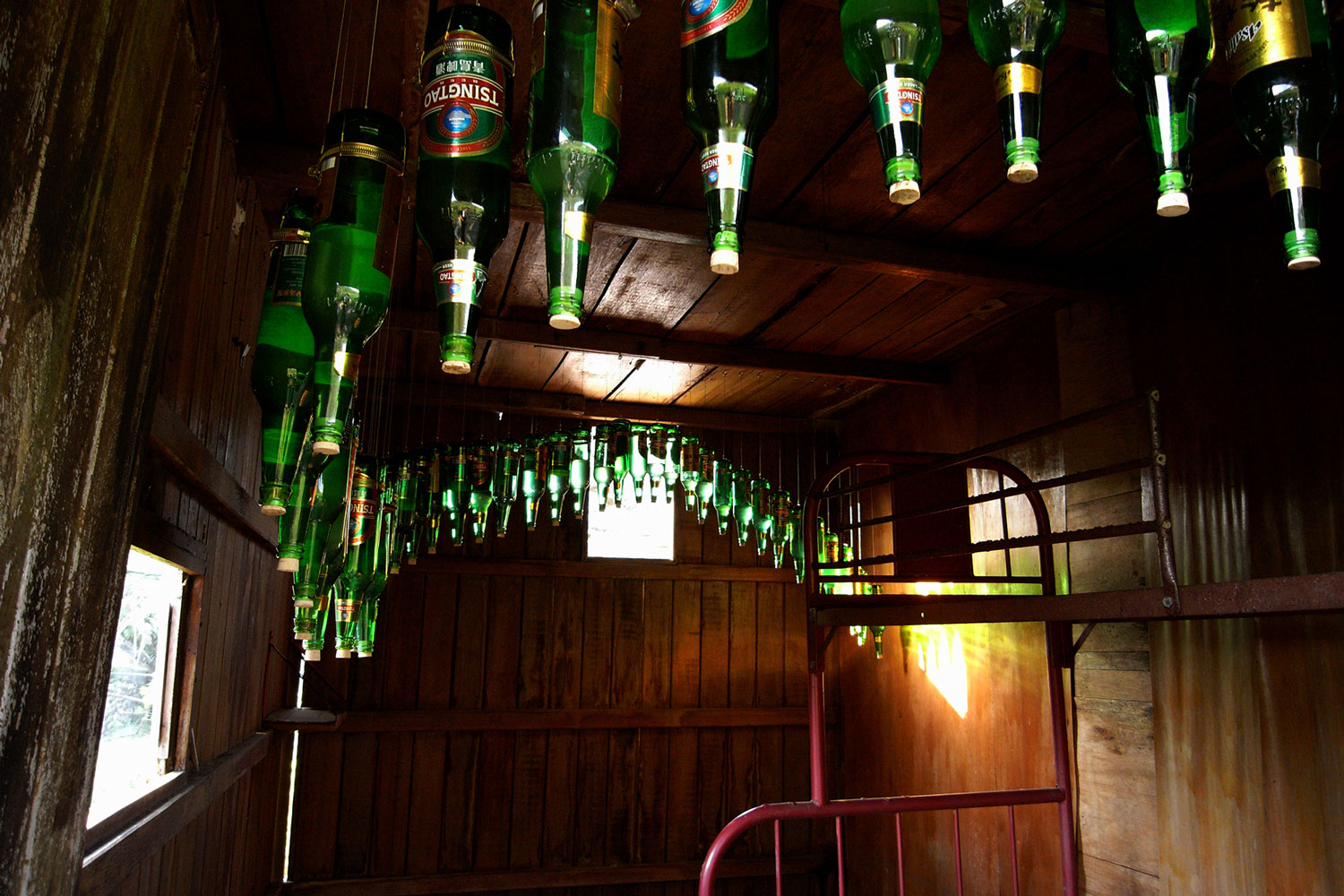 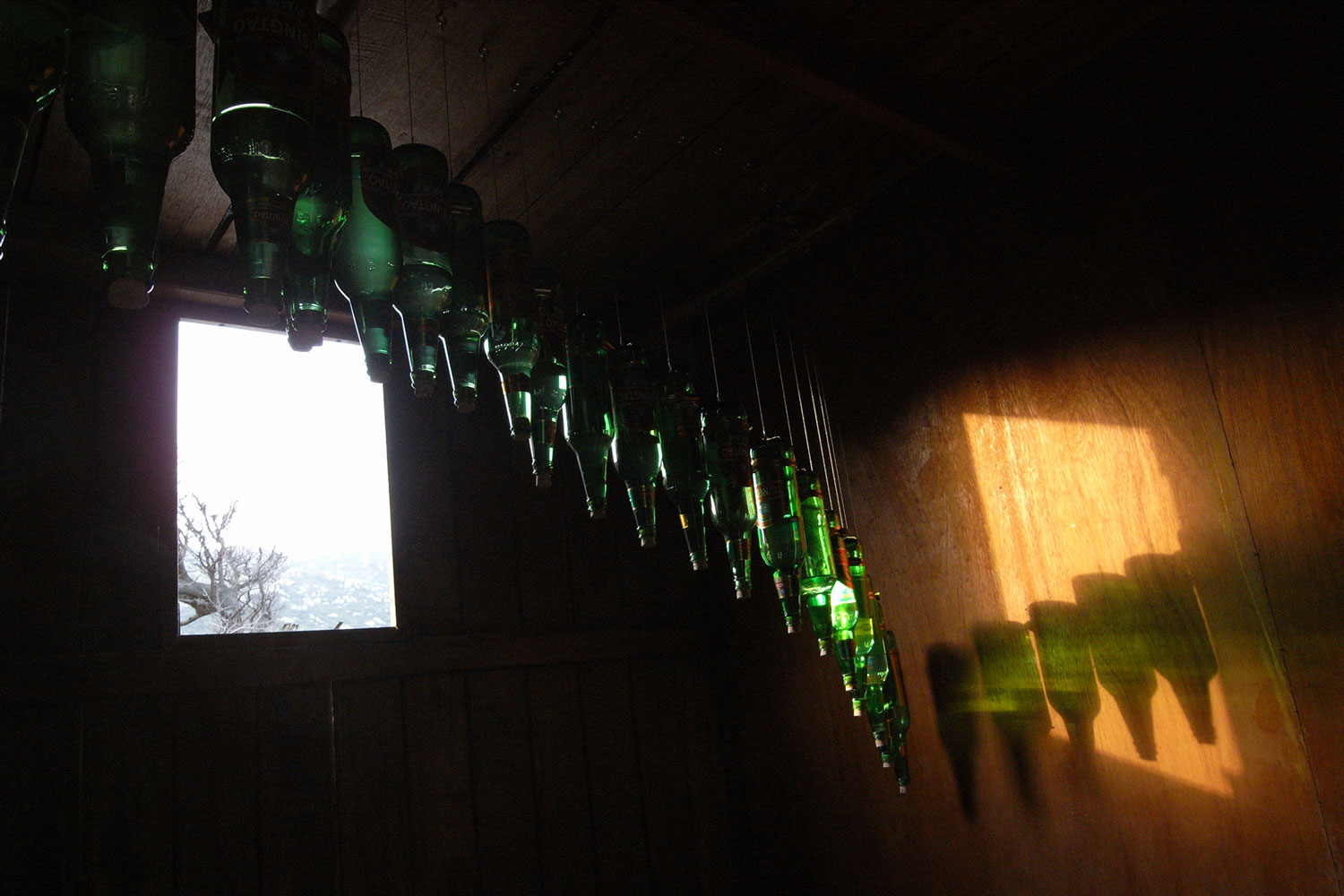 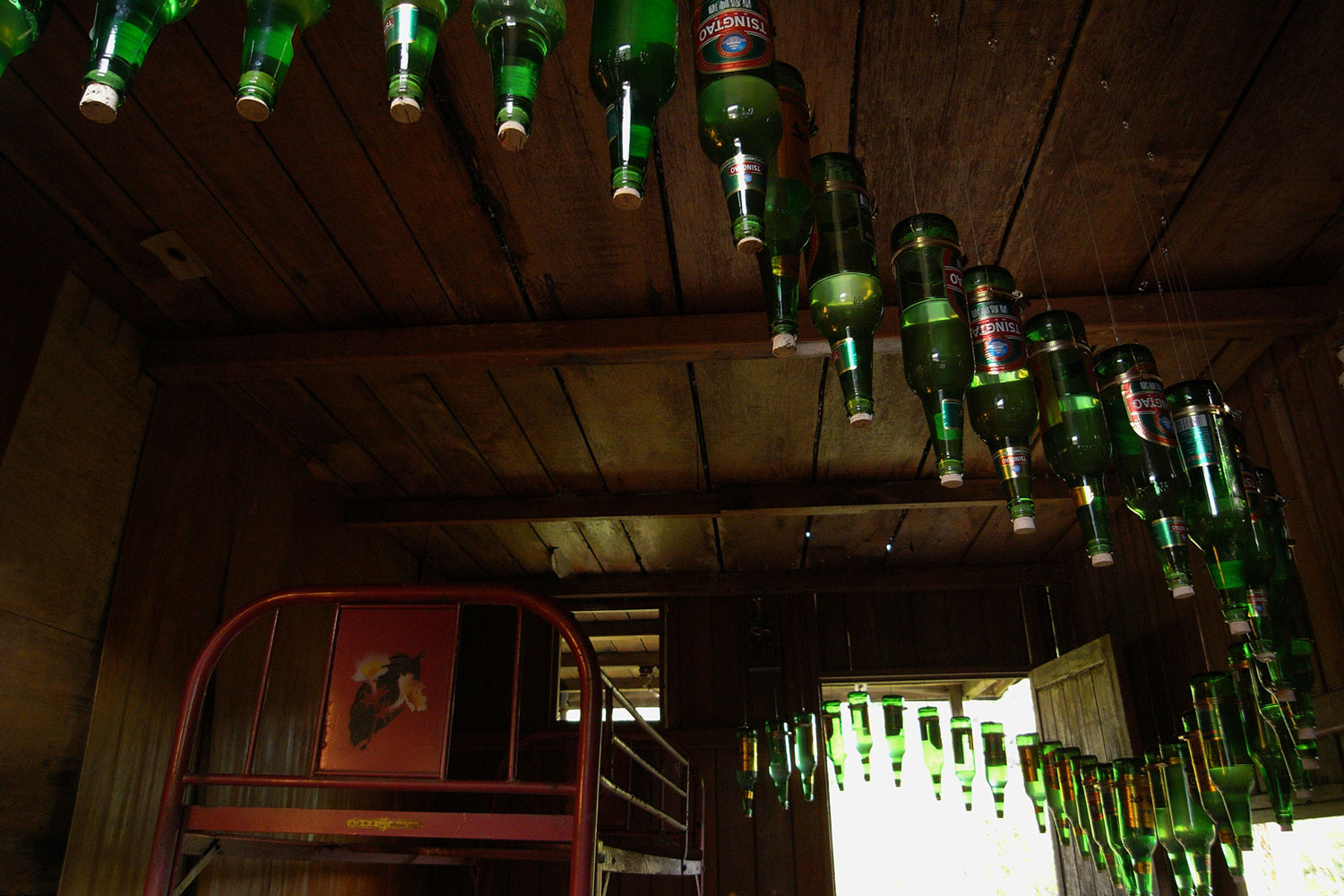 Landscape Portraits (Rooms I-IV) is a four-room installation constructed in a dilapidated wooden building on Lamma Island, Hong Kong. Each room is a snap shot of the island both in terms of the island in its history as well as focusing on a specific material particular to the island. Together, the rooms give a visual metaphorical representation of the island of historically as well as materially.

Room I represents the island in its natural untouched state. The material used here is lallang (a tall grass that grows abundantly all over the island). The grass is hung upside down, its fronds brushing the shoulders and backs of the visitors as they enter the room. A voice whispers in a different language, getting higher and higher until it becomes a bird cry disappearing into the distance.

Room II is a portrait of the island when naturalists discovered it, and started writing about the species found on it. Here, rocks and stones are the main material used and the pseudo scientific ways in which the materials are held and displayed, emphasise and echo the logical scientific observations done by the scientists on the flora and fauna of Lamma Island during the second phase of the island’s history. Occasionally, the silence is broken by the sound of rocks falling to the floor, but when the visitor turns around, there is no one there.

Room III represents the island during its industrial phase, when its inhabitants made a living from the sea. Here driftwood is used to make large mobiles the move gently through the air, reminiscent of the boats through the water. There is a electronic tone in the air that wavers between two tones, constantly trying to find a place of balance, of harmony.

Finally, Room IV represents the island in today’s context and change of use, when tourism enters. Green beer bottles hang from the ceiling of the room to form a green snaking line through the room, reminders of the litter left behind by the visitors to the island as well as the changing nature of the island which has become a popular eating destination for seafood lovers.

All the main materials used in the installation were collected on the island. In each of the rooms, there is an underlying sound designed by Y.C. Teo, as well as accents of sound that can be added by the audience playing with the objects in the installation.