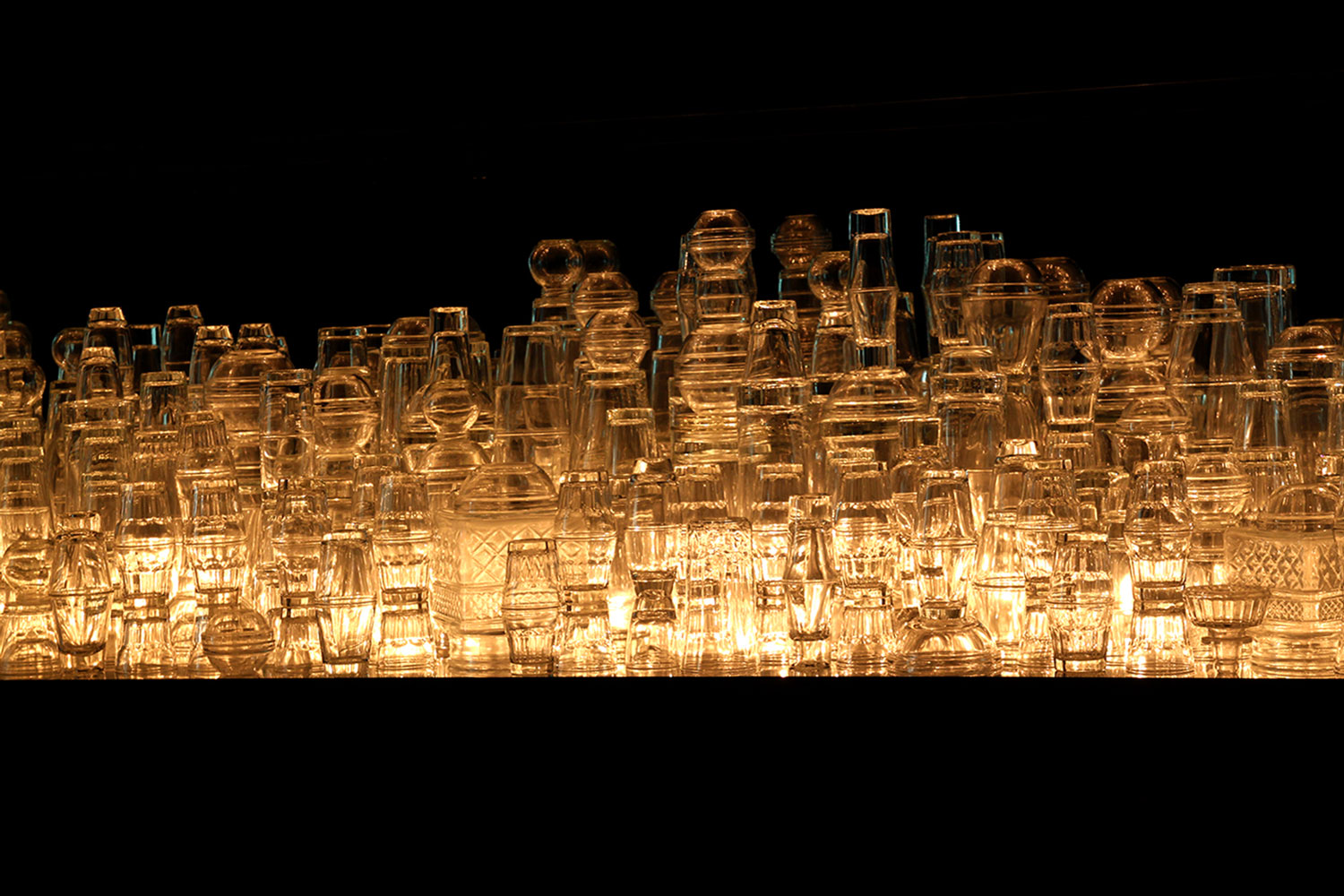 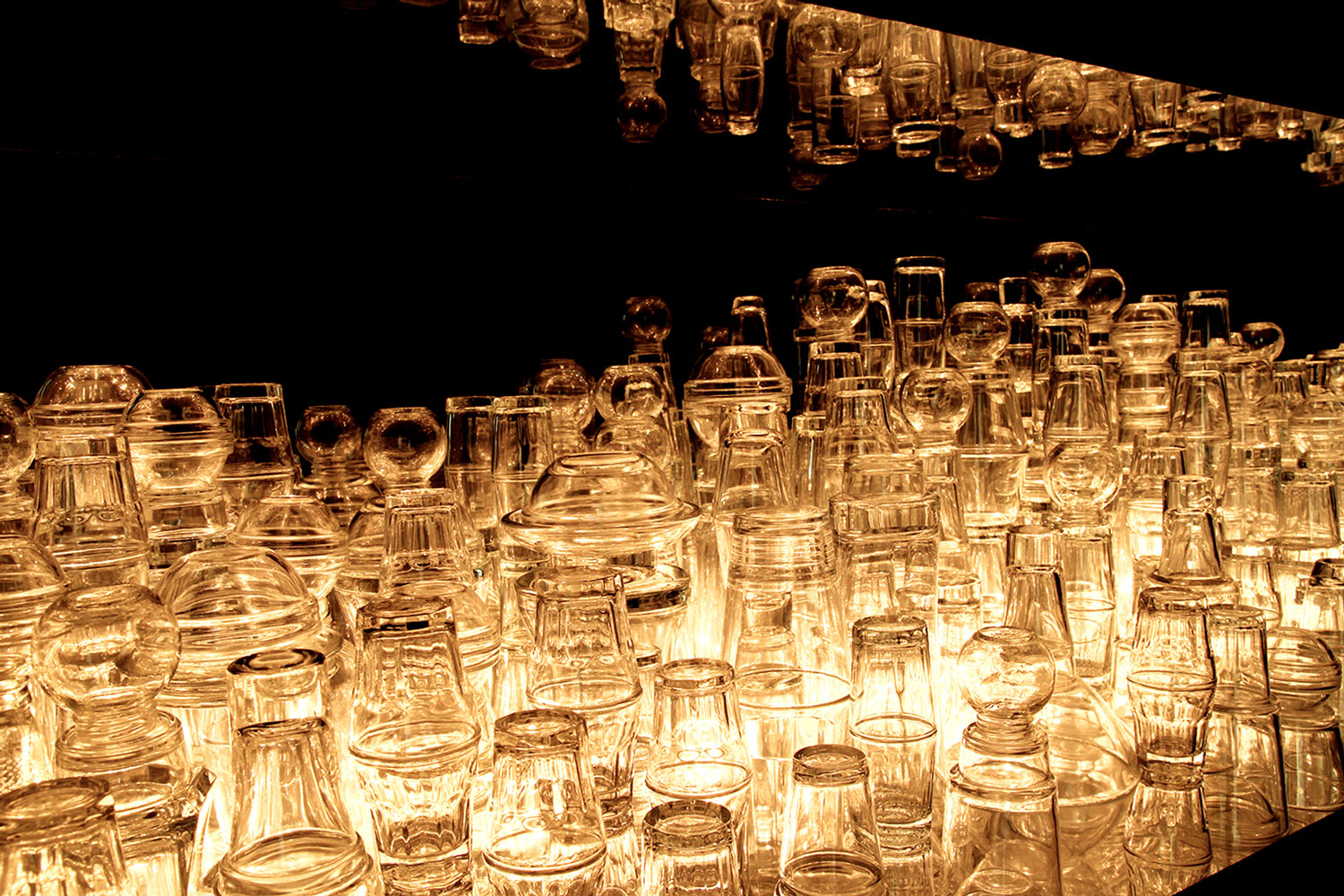 Using small humble everyday objects such as nails and thimbles, a vast coral landscape is built up. This is then filmed and projected – the miniature scale erased as the set is transferred from physical landscape to film. Ultimately, this series of works speak of the childhood desire to imitate, imagine and inhabit. If we can’t visit an actual coral landscape, we can still build and inhabit one’s own underwater world using the ordinary materials around us. Likewise the sound was created using the same boundaries and precepts set by the visual component of the work.

Limited to using only the materials used in the set, collaborator, Y.C. Teo, was challenged to create a soundtrack of sea sounds that attempted to create artificially the natural sounds of the sea. The audience discovers the work after walking along a darkened corridor, along which runs two long shelves where strange coral-like objects are placed (i.e. the props from the film).