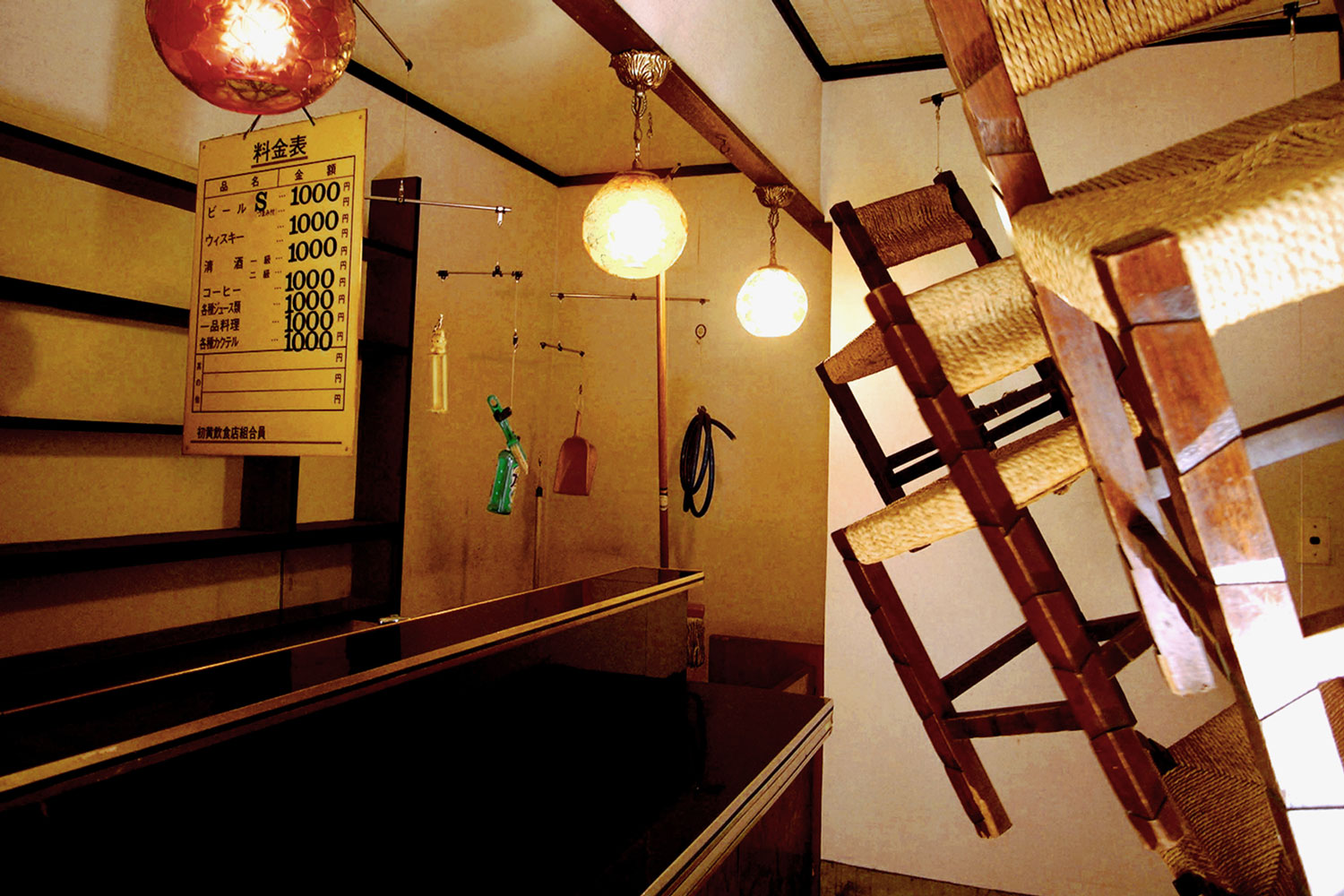 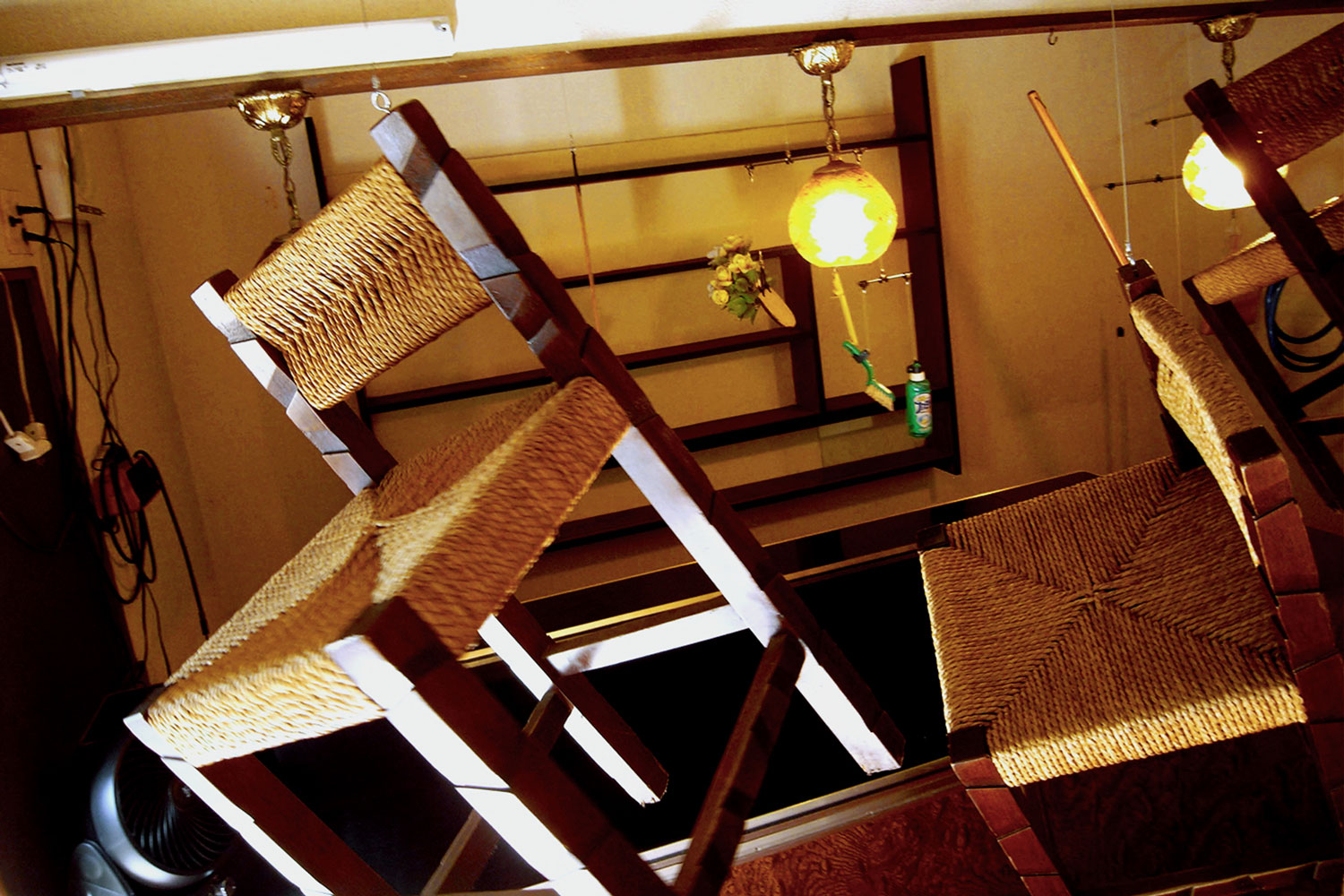 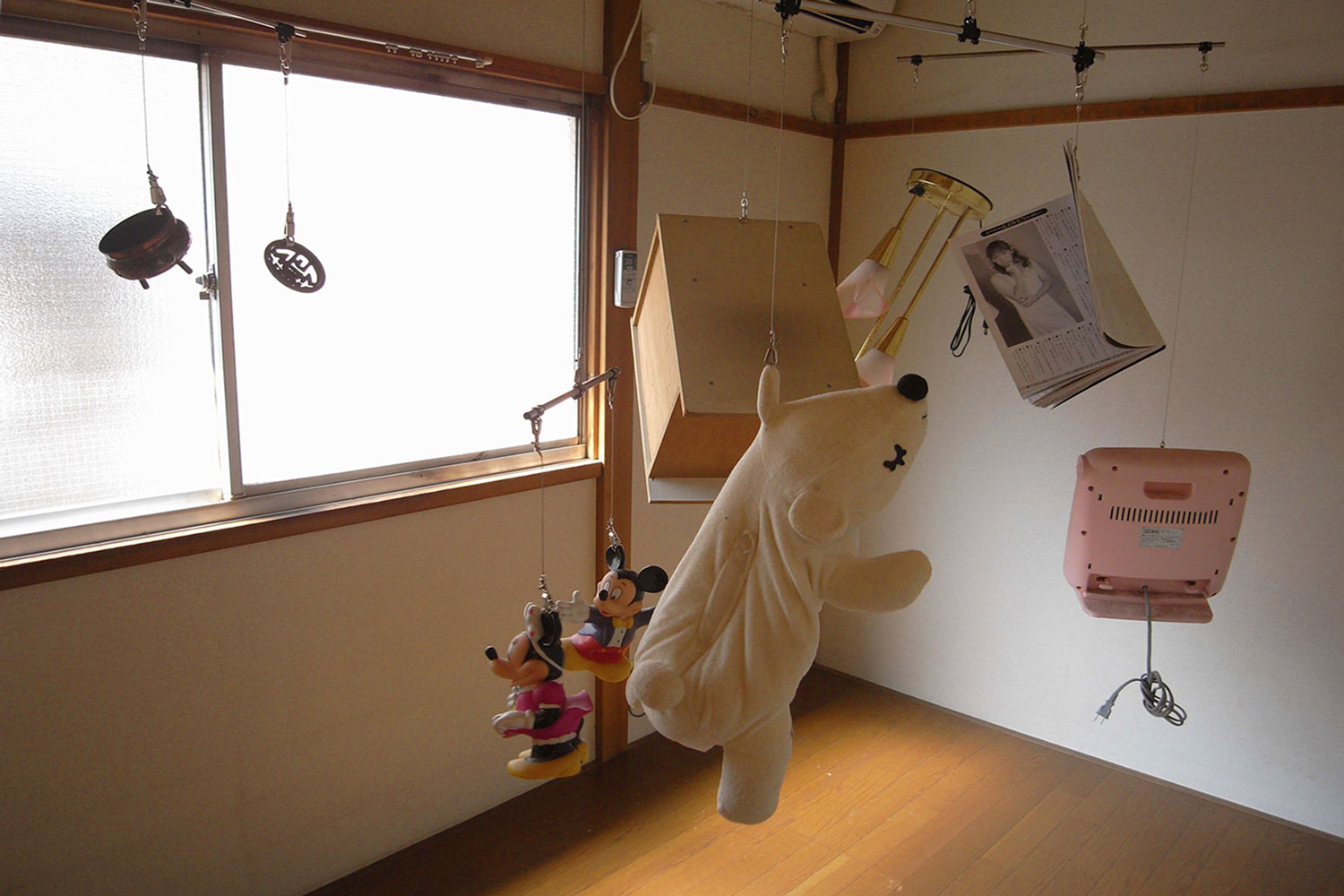 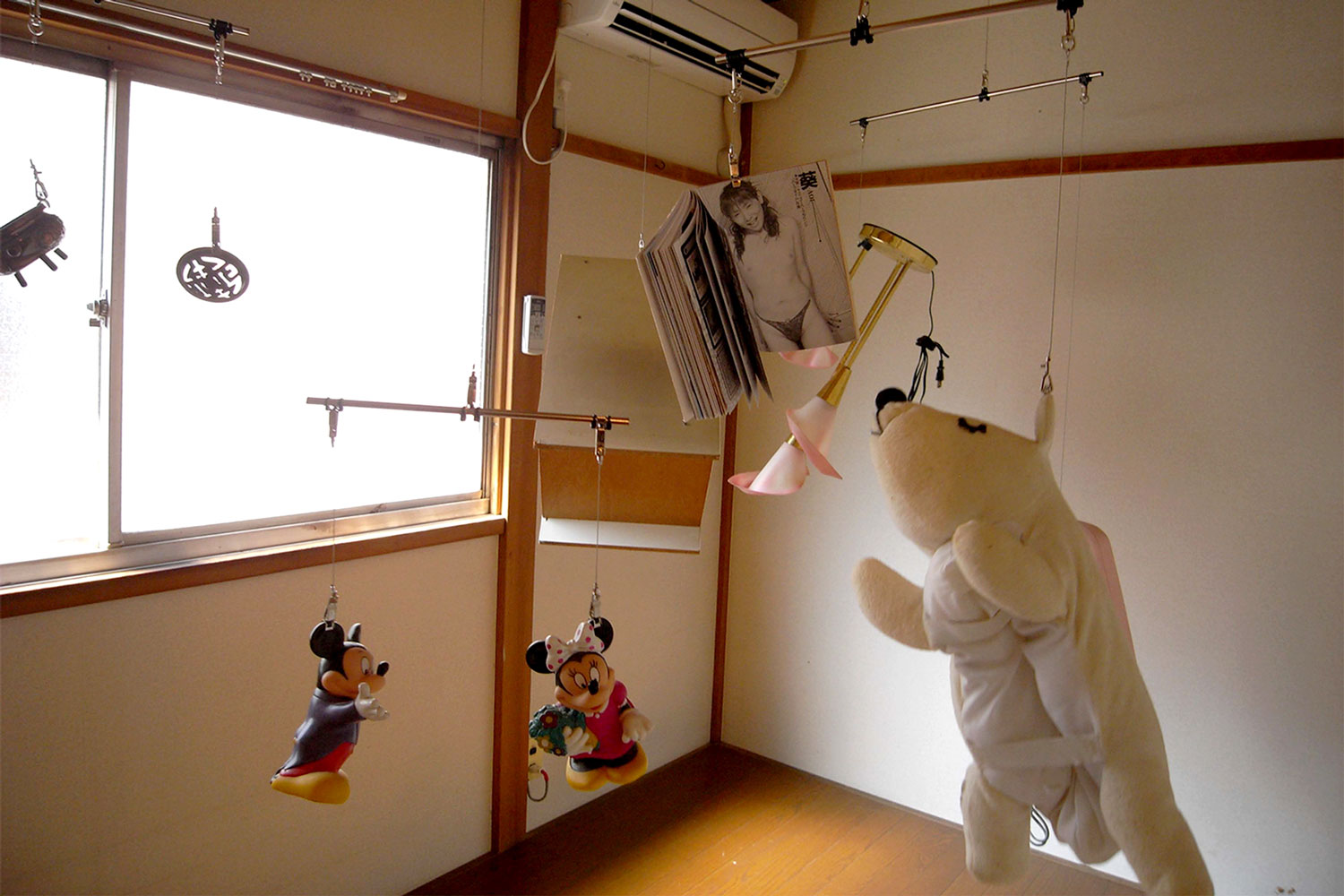 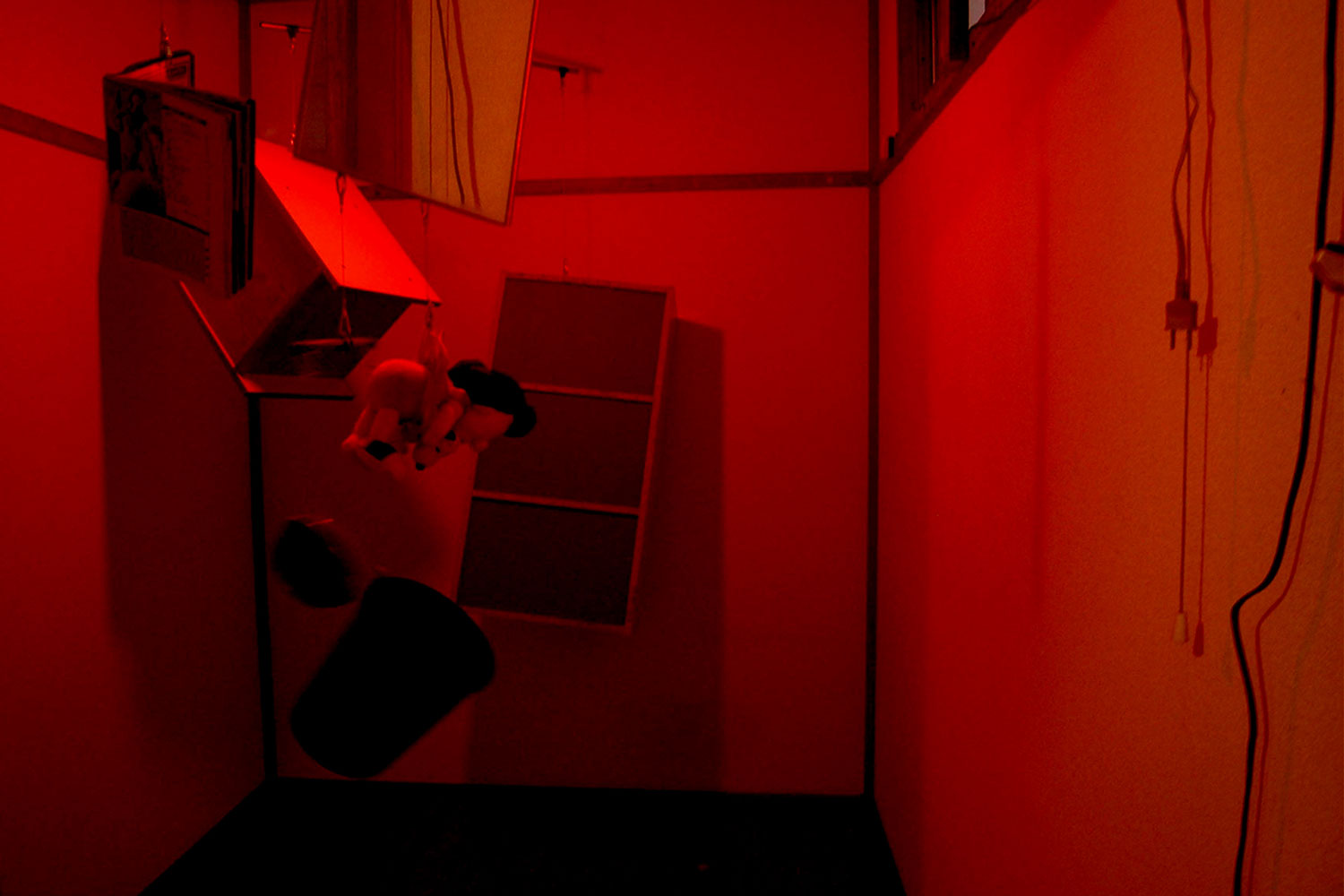 The work developed in response to its location, a former brothel. situated among a row of other similar establishments in Japan’s Kognaecho area. The police had forcefully evicted its former inhabitants, leaving many of their personal items, domestic objects and furniture behind. These items as well as the marks left on interior of the spaces – stains on the floor, a hole punched in the wall –revealed tantalizing glimpses into the past that horrified as much as they intrigued.

The mobiles are a way of freezing time, of remembering this area’s difficult past, and in their ability to generate new visual narratives, suggest a fragile hope for the future.