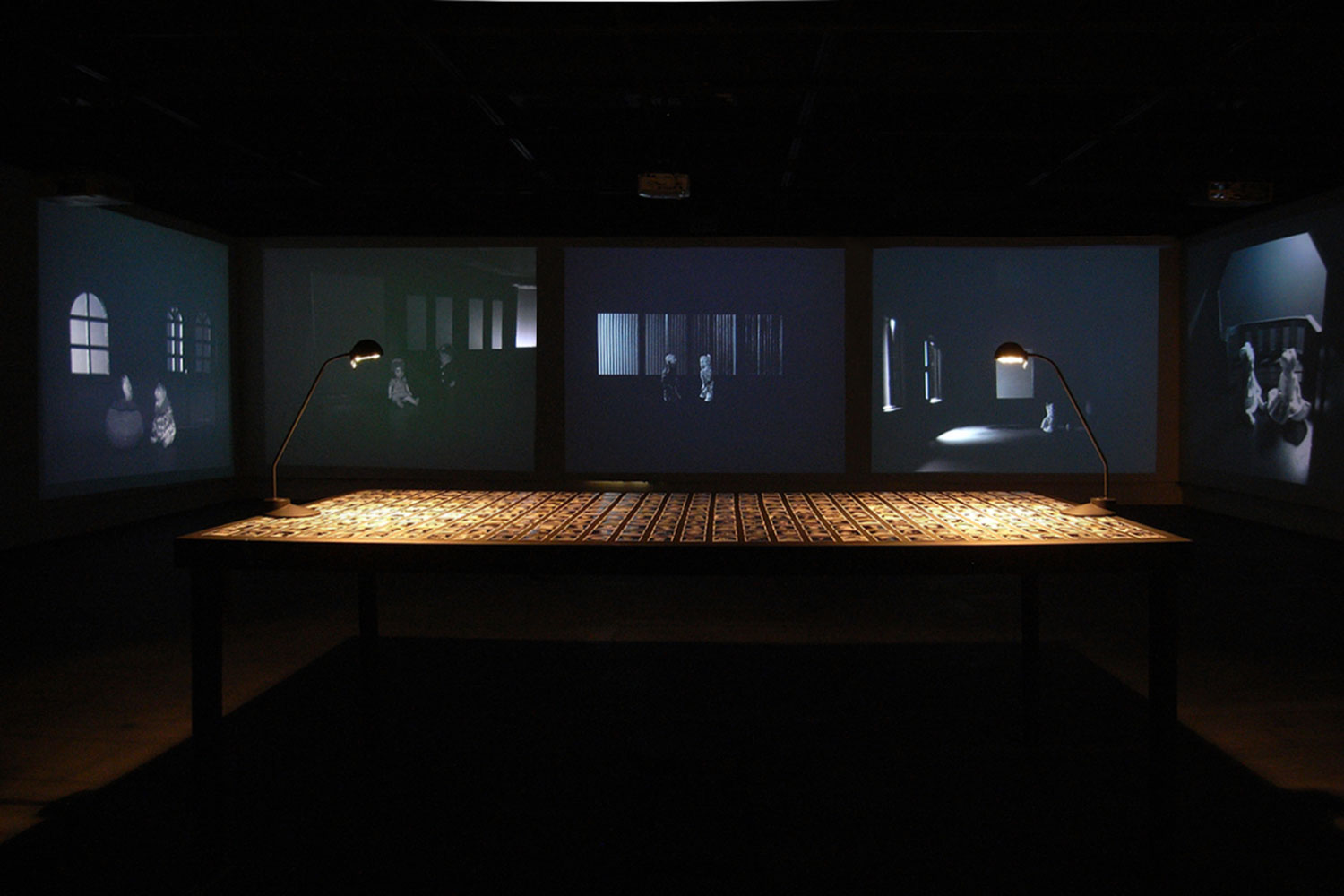 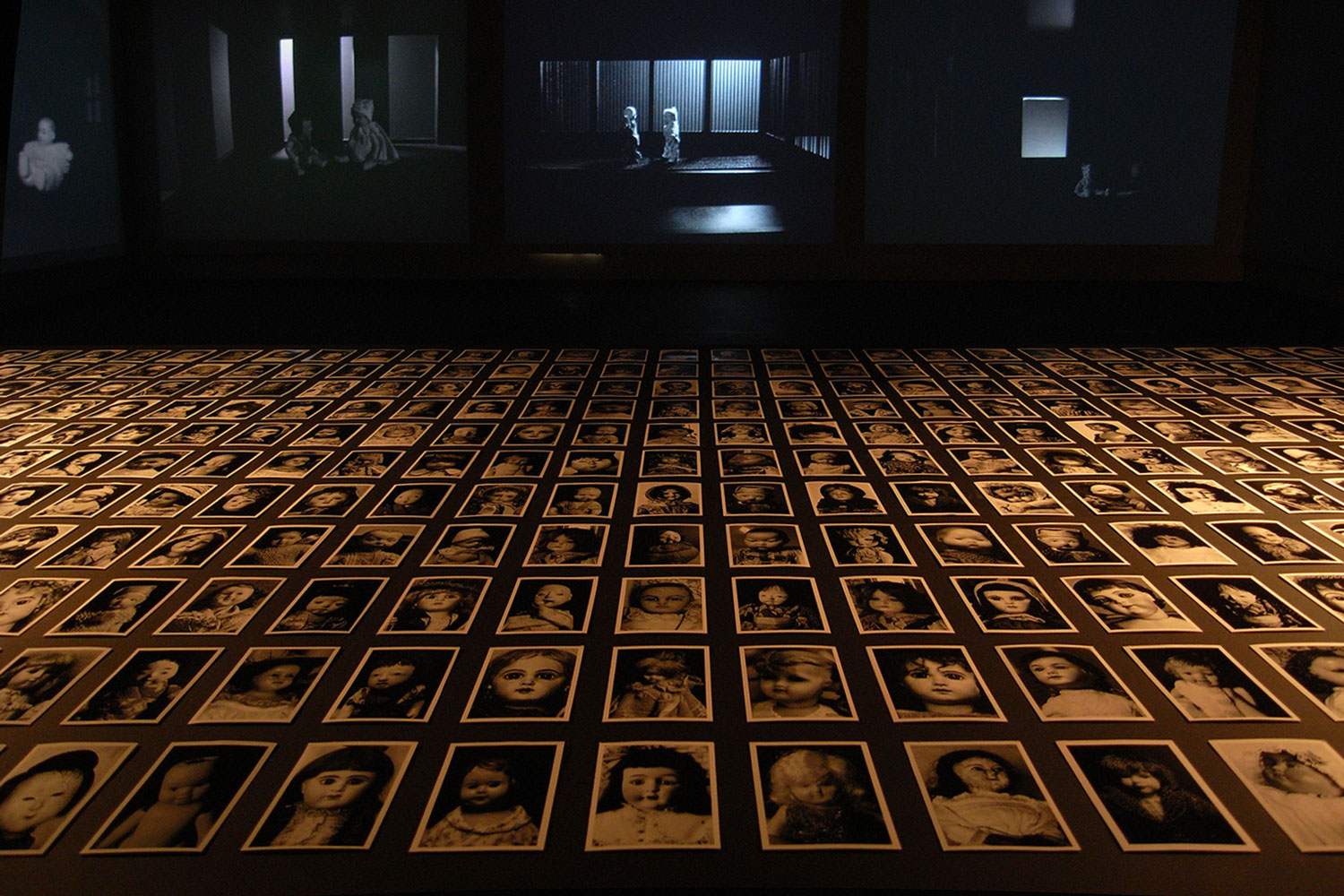 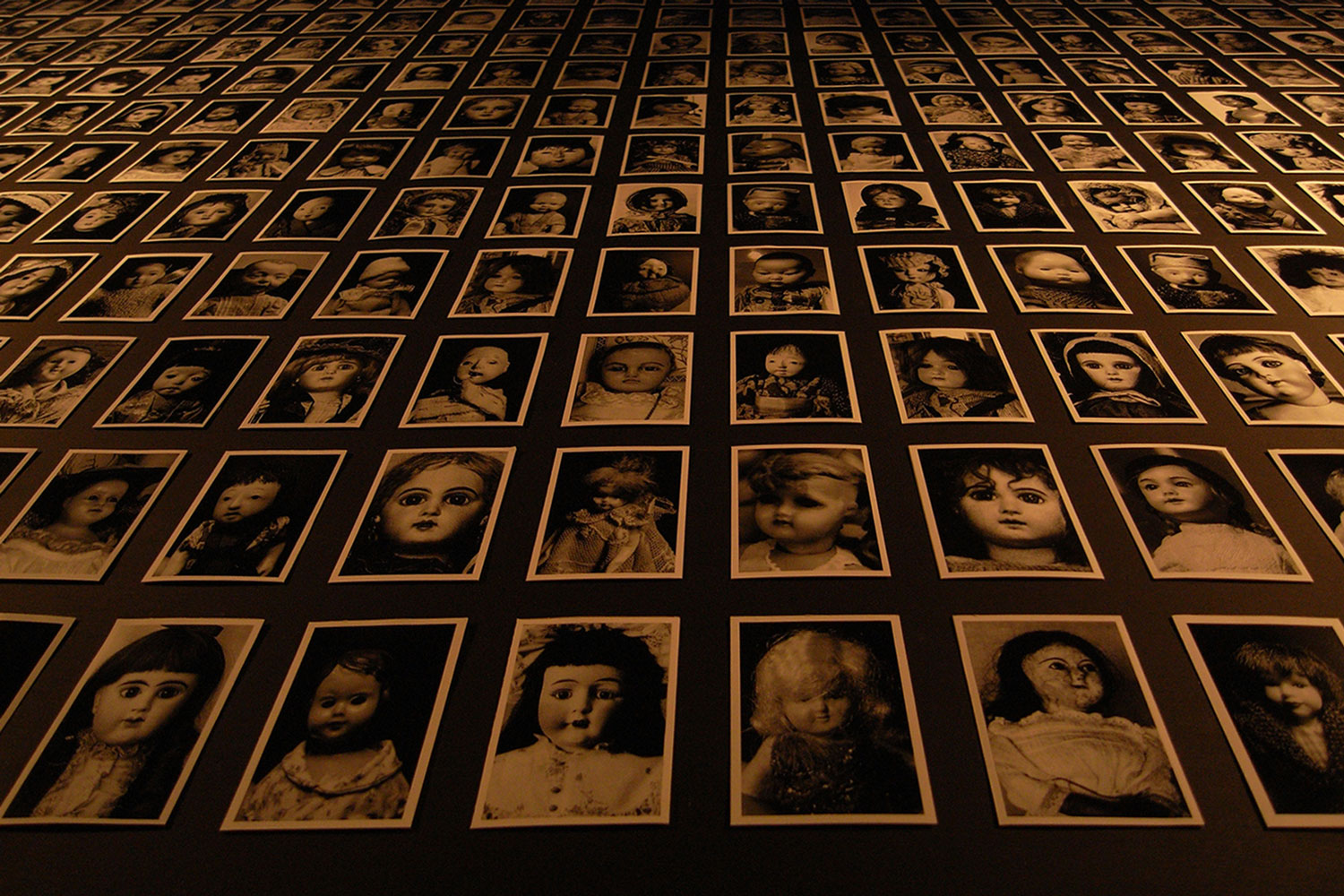 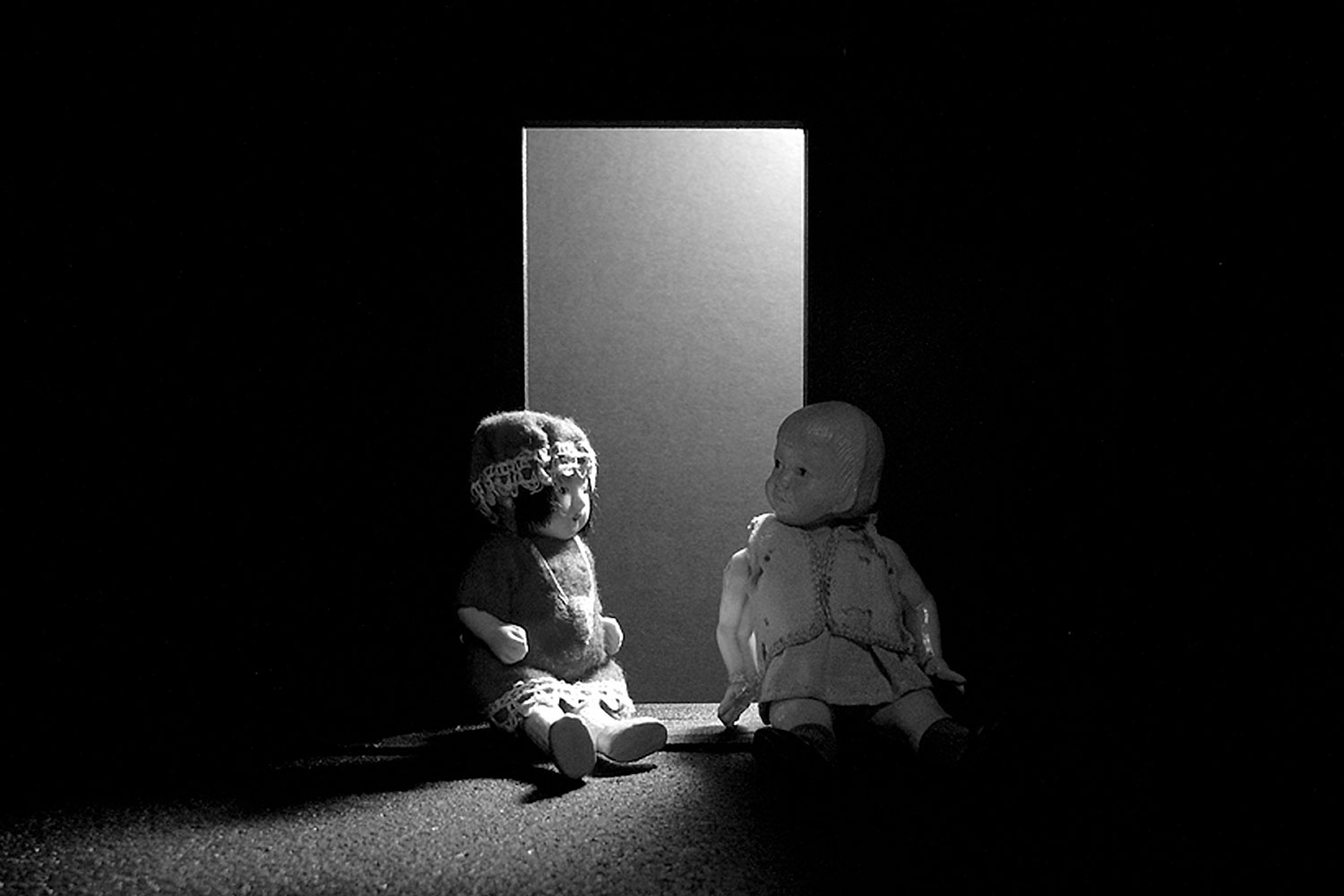 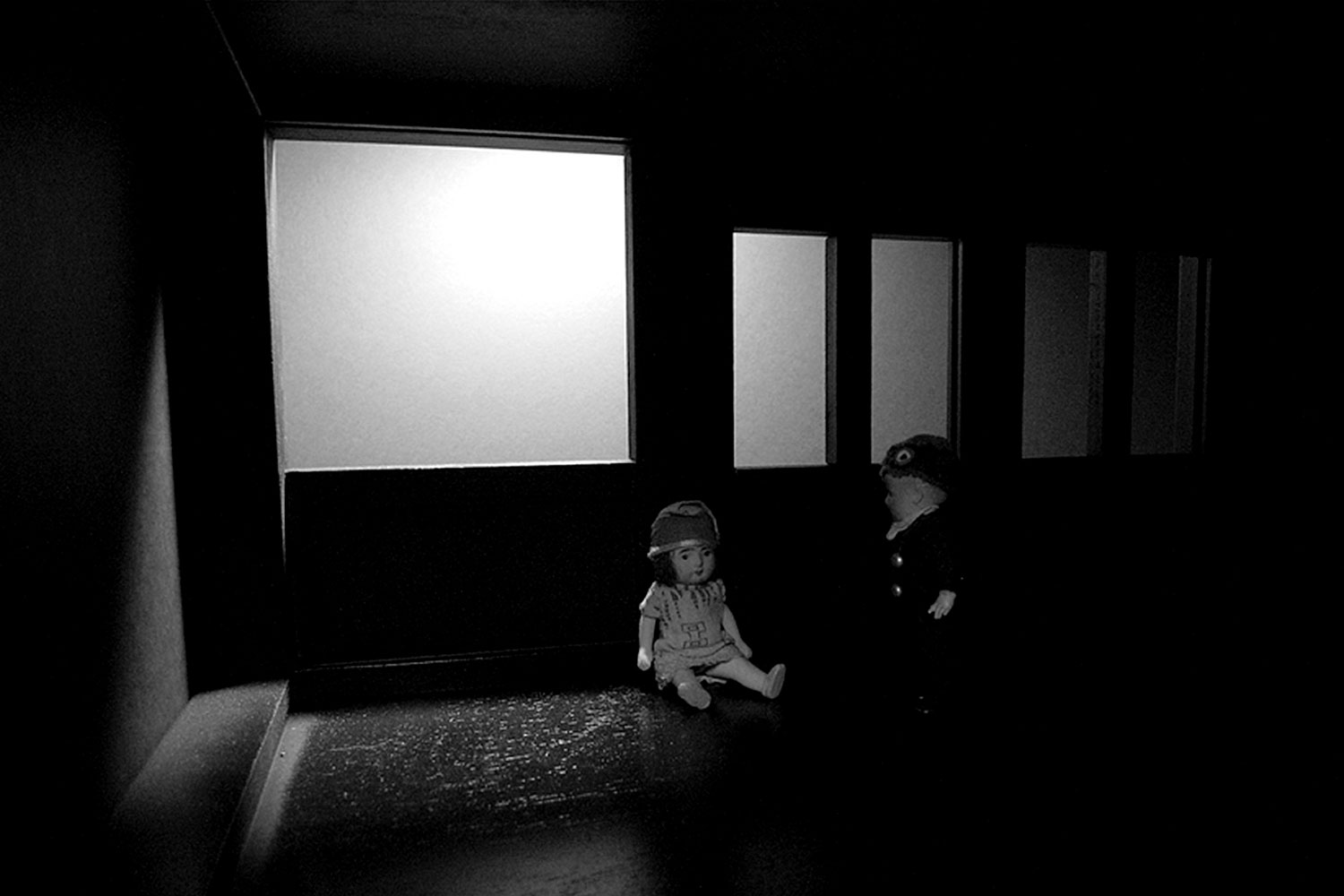 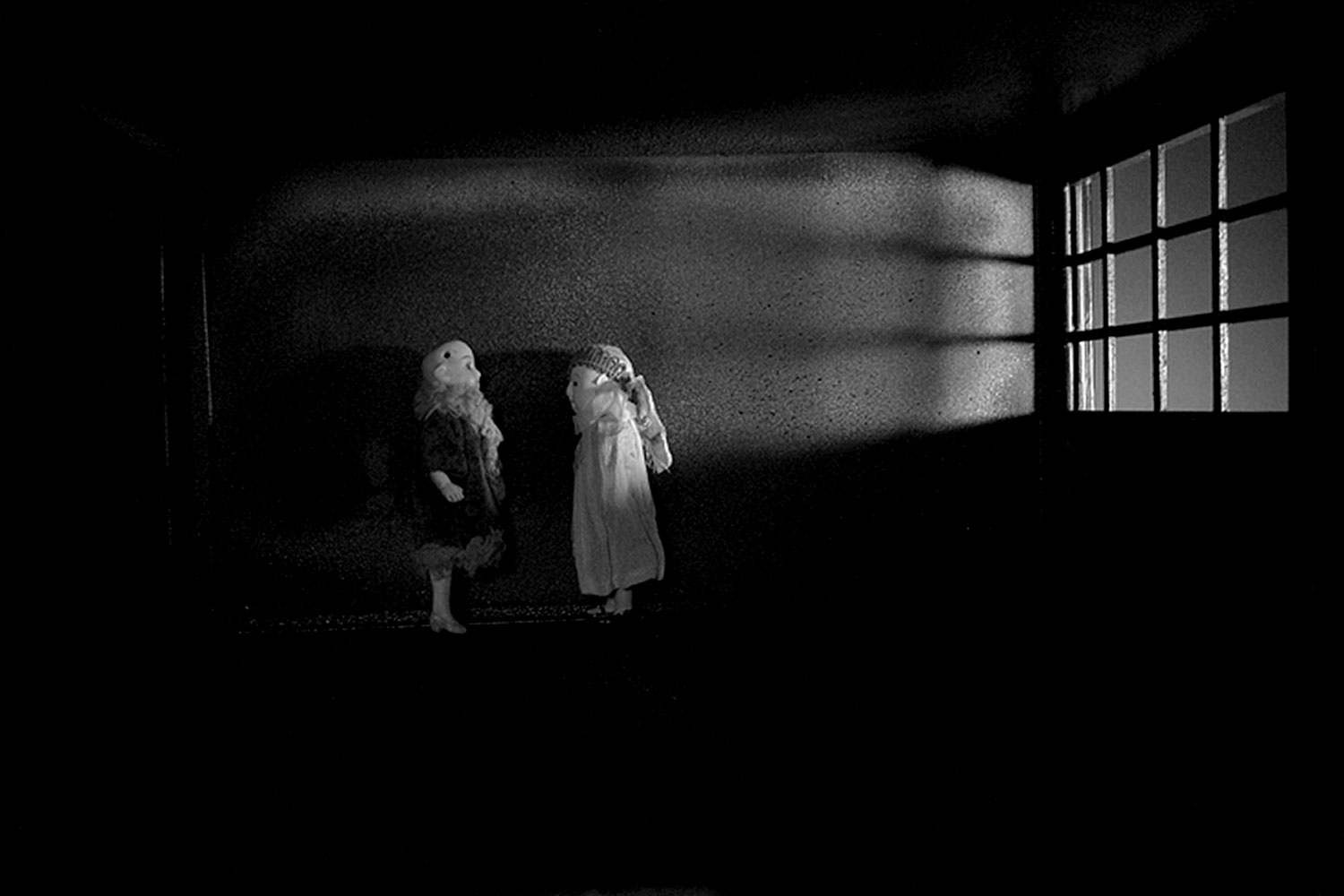 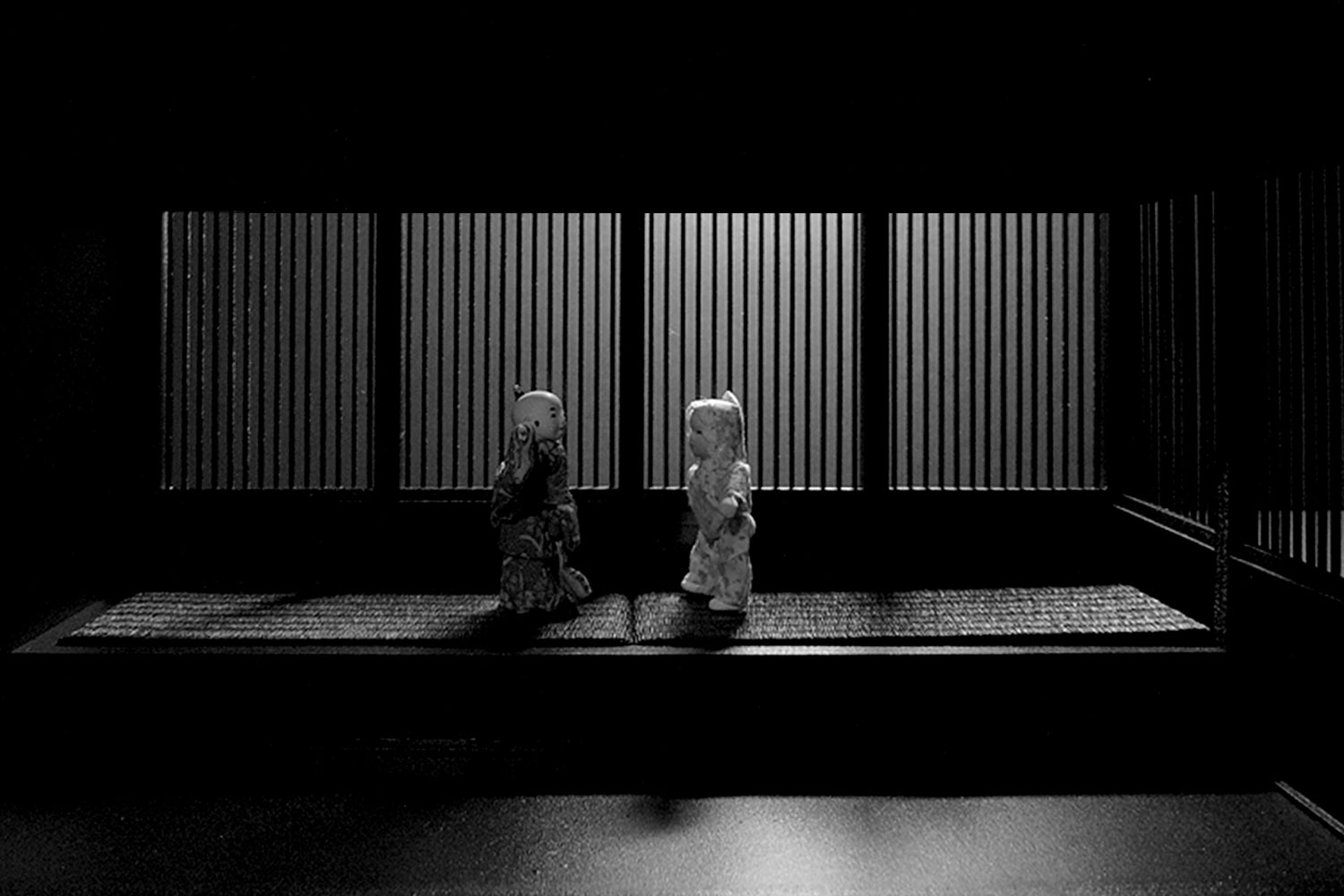 Based on the 1927 Friendship Doll Project, “The Meeting” is a series of two to three minutes long black and white films, where dolls from two different countries (Japan and America) encounter each other within the interior of dollhouses. Each of the fifteen meetings is similarly staged, with two dolls facing each other motionless in a darkened interior. Light slowly moves through the openings of the space and illuminates the scene; shading it with an ever-changing atmosphere as well as signaling the passing of time. Sound (created by sound artist, Isaac Teo) enhances the ambience and ambiguity of the 15 meetings – sometimes friendly, sometimes uncertain, at other times, openly hostile and threatening.

Five films are projected on the walls of the exhibition space. Each scene plays for approximately two minutes and then changes to a different interior with a new pair of dolls. In the center of the room, lies an enormous table, on which are placed small palm sized portrait photographs of individual old dolls arranged neatly in a grid format. The images rendered in black and white, imbue a strange sense of heightened reality. The dolls closely resemble children, reminding us of the original child owners of the dolls as well as the original dream of the children of the Friendship Doll Project, to overlook the differences between the two cultures and build ties of friendship that would bring about peace.